ISLAMABAD, (UrduPoint / Pakistan Point News - 7th May, 2021 ) :The Competition Commission of Pakistan (CCP) has completed an enquiry in the poultry industry where it has been revealed that nineteen poultry feed companies have been involved in price coordination and their alleged anti-competitive conduct has caused poultry feed price rise.

Therefore, the hike in feed prices has affected the prices of chicken and eggs, which are the most commonly consumed high protein foods. The CCP's enquiry revealed that from December 2018 to December 2020, the feed mills colluded to raise the poultry feed prices by Rs. 825 per 50kg bag, thus making the feed 32% costlier for the poultry farmers.

Moreover, data from the Pakistan Bureau of Statistics (PBS) for September 2020 shows that chicken prices rose by 18.31% and eggs by 5.2%. The rise in these prices coincided with an increase in feed prices by almost Rs. 100 per bag.

The CCP took a suo motu notice of the concerns and complaints received, through the PM Citizens Portal and the CCP's own online complaint management system, alleging that some of the leading mills in the country collusively raised poultry feed prices. The complainants also included poultry farmers whose business were hit by the costlier feed prices.

In February 2021, the CCP raided two major poultry feed producers and impounded crucial evidence pointing towards price change coordination among the feed companies. The impounded record revealed that officials of 19 feed mills were using an active WhatsApp group where one feed producer would announce its intended price increase and the rest expressing and sharing their willingness to follow suit. Price discussions included the effective date and amount of the rise.

These discussions and decisions were implemented on the ground, as evidenced by the official price lists of these companies.

In a conversation thread from 07 December 2020, feed mills, while discussing price increases on the group, an official of a feed mill states: "Everyone would increase, for sure, but what's about the exact effective date, please". In response official of another feed mill says: "Dear all owners want immediately but seems from tomorrow". Another feed mill representative replies: "surely w.e.f 07-12-2020". Price lists show that on 7/8 December 2020, mills increased prices by Rs. 250 per 50 kg bag.

The enquiry also found that mills carried out price changes between December 2018 and December 2020 in a coordinated manner in short intervals at least 11 times. In addition, the data revealed that not only were price revisions made on the exact dates, but the amounts of price change were also similar.

An analysis of poultry input costs shows that maize, which is the Primary component of feed, constitutes 55-60% in terms of physical usage in feed, approximately 40% of the cost. Maize witnessed a bumper crop in 2020 and was abundantly available. Moreover, in FY-2019-20, maize prices fell by 7% compared to the previous year and in the first quarter of FY21, were 22 % lower than 2019-20. On the other hand, soybean meal, another critical raw material, saw higher prices. However, a rise in input prices it has been witnessed cannot be used as a justification to increase feed prices uniformly as each mill has a different cost structure and business model.

Poultry feed mills are each other's competitors, and any discussion and coordination on prices is prohibited under Section 4 of the Competition Act, 2010. Accordingly, following the findings of the enquiry report, Show Cause Notices will be issued to poultry feed companies involved in the prima facie violation of Section 4 of the Act. 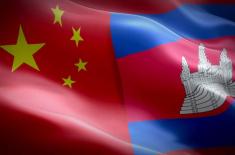 PTI Govt. to steer country out of crises: Dr Akhta ..