The move will reduce unemployment and add billion in economy, Amnesty scheme should be improved, extended by six months

His efforts will tackle the shortage of houses in the country, balance price of plots and reduce unemployment while over fifty industries will get a boost.
Mian Zahid Hussain said that the PM was very serious about providing affordable houses to the people but some issues were hindering the initiative including the cold response by the banks.

Talking to the business community, the veteran business leader said that now the situation has changed for good and all the concerned institutions are on the same page.
Central bank has directed commercial banks to issue housing loans however the success of the initiative is linked to an extension of six months in the amnesty scheme.

He said that apart from builders and developers, the first buyer of property has been given amnesty while the second or third buyer will have to provide a source of his or her income which should be relaxed for the success of the initiative.

Providing relaxation to buyers will add billions to the economy, he said, adding that foreclosure laws, land record, effective regulator, tackling black sheep among the developers, controlling patwari mafia and action against qabza groups can change the investment situation in this important sector.

He noted that majority of expats lose their lifetime earnings do mafia when they try to buy a plot or house in Pakistan and that if their investment can be shielded they would send home billions of dollars changing the entire economic landscape.

Mian Zahid Hussain said that recommendations of the Association of Builders and Developers (ABAD) can help improve the PM’s package. 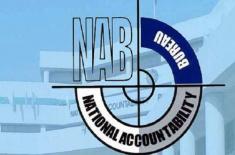