Talking to a delegation of leading exporters led by Ms Chaudhary Minahal Akbar Arain,he said that new trend has emerged worldwide that importers wanted express delivery of goods instead of waiting for months.

He said that our neighbouring country has started establishing warehouses to capture the foreign markets.

He said Pak exporters must follow the new trends of if they want to compete international markets especially in Dubai, Africa etc.

He said that Pak exporters also must promote "brand" as their products are equally good in terms of quality fulfilling the all international standards.

Pak exporters can get better returns of their products if exported with their own brands, he asked.

Iftikhar Ali Malik said that still Pakistan being the largest Muslim country could not fully exploit Halal market share. He said that Allah has blessed Pakistan with the wealth of livestocks which could fetch huge foreign exchange if exported properly according to international standards.

He said first time in history textile sector is in full bloom as good numbers of export orders poured in from worldwide due to covid that badly affected the foreign countries productions and their demand was moved to Pakistan.

He said that textile sector is now facing acute shortage of skilled and non skilled manpower.

He stressed the urgent need of establishment of modern vocational training colleges to train the manpower on modern scientific lines in all trades to meet the ever increasing demand of skilled workers.

Iftikhar Ali Malik urged tje government to offer same package of incentives to all other industries like construction industry which he added will help usher an era of prosperity, progress and development besides bringing industrial revolution in the country.

He assured the leader of the delegation Ms Chaudhary Minahal Akbar Arain that he is founder chairman Pak US business Council which will facilitate the Pak exporters to further explore markets in United States. 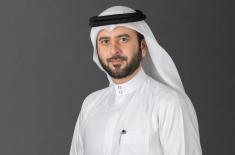