Coronavirus Treatments: Some Progress, No Panacea

The pandemic has seen unprecedented global efforts to discover a safe and effective treatment, either by developing new medicines to target the novel coronavirus or repurposing existing drugs

But very few of the drugs tested and administered so far have proven effective, a conclusion reinforced by a major WHO-backed study released on Friday.

- Dexamethasone - The only treatment proven to reduce coronavirus mortality, the steroid dexamethasome has shown promise in early trials among hospitalised patients requiring oxygen.

It has been endorsed as a Covid-19 treatment by both the World Health Organization (WHO) and the European Medicines Agency.

But it remains something of a drug of last resort -- early evidence suggests it is only effective among the most serious cases.

More recent research has suggested that other steroids may also play a role in reducing mortality among patients requiring hospital care.

- Remdesivir - An antiviral originally developed to treat Ebola, remdesivir was found to reduce the length of hospital stays for coronavirus sufferers from 15 to 11 days on average, according to a study published in May in the New England Journal of Medicine.

However, a pre-print by the WHO on Friday found the drug "appeared to have little or no effect" on coronavirus mortality or the length of hospitalisation among more than 11,000 hospitalised patients across 30 countries.

The data have yet to be peer-reviewed in a scientific journal, and appeared to contradict earlier US studies.

Critics in contrast warn that due to potential serious side effects, treating coronavirus patients with hydroxychloroquine is even worse than a placebo.

While high-profile figures such as US President Donald Trump appear convinced, the science says otherwise.

In June the British-led Recovery trial team said that hydroxychloroquine does nothing to reduce coronavirus mortality, something corroborated by the WHO's study results on Friday.

- Lopinavir-ritonavir - Used against HIV, the virus that causes AIDS, this one-two anti-viral punch has shown to be ineffective at treating Covid-19 in hospital settings.

- Antibodies - When the body fights off viruses such as SARS-CoV-2 it develops antibodies -- proteins that are programmed to target specific pathogens.

These anti-bodies can be synthesised in a lab and could in theory be given to patients sick with Covid-19 to boost their own natural immune response.

Trump received this still experimental treatment when he was hospitalised with the virus.

- Plasma - Plasma taken from the blood of recovered patients showed some early promise when given intravenously to people sick with Covid-19.

It has already shown to help speed recovery from Ebola and SARS, which is caused by the same family of pathogens as the novel coronavirus.

Recovery has an ongoing clinical trial for plasma treatment.

- Others -The British-led survey is also currently evaluating the efficacy of tocilizumab, an immunosuppressant scientists hope will be able to prevent excess and potentially lethal inflammation in serious cases.

And a number of trials are underway exploring the repurposing of various drugs that are used to treat other illnesses. 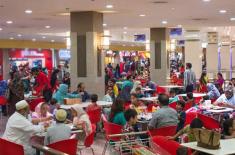 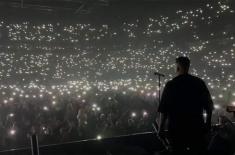 Russian Court to Look Into Masks, Distancing at Ra .. 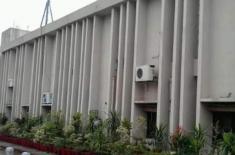 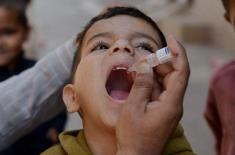 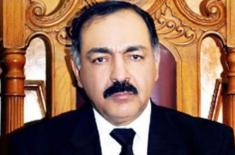 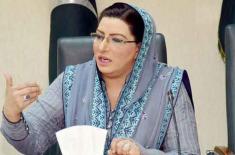