The Jammu Kashmir National Front (JKNF) while taking dig at Indian government's crackdown on rights defenders, media outlets and journalists in Kashmir said Thursday that Modi led fascist regime was hell bent on choking every dissenting voice in the region

The Vice Chairman Jammu Kashmir National Front (JKNF), Altaf Hussain Wani termed these measures yet another attack on journalists and the freedom of press.

He said that the crafty move on the part of National Investigating Agency (NIA) authorities was meant to silence rights activists and journalists who played crucial role in exposing Indian brutalities in bringing Kashmir into international limelight despite a suffocating military siege and communication blockade imposed by the government of India after 5th August 2019.

"Under Article 19 of the Universal Declaration of Human Rights everyone has the right to freedom of opinion and expression", he said adding that "This right includes freedom to hold opinions without interference and to seek, receive and impart information and ideas through any media and regardless of frontiers".

Citing the incidents wherein prominent journalists were thrashed, beaten up and tortured after being summoned at police stations and army camps Wani said, "Jammu Kashmir National Front remains deeply concerned over the lack of freedom of the press and expression in the Indian held territory of Jammu and Kashmir where muzzling media and silencing well reputed journalists has become a new norm for the occupation authorities".

Since August 2019 he pointed out that there has been an immense rise in the incidents of coercion, intimidation and harassment of journalists in Kashmir. He said that after wreaking havoc on the lives of people the government of India was hell bent on silencing the media to ensure a grave-yard silence in the region.

Denouncing the recent raids on the residence of noted human rights defender, Khuram Parvez, journalists Gowhar Geelani, Parvaiz Bukhari and and the offices of English daily Greater Kashmir he said that these actions are in direct contravention of international standards of freedom of opinion, expression, and free press.

He also deplored the sealing of Kashmir Times and KNS office by the Indian authorities.

Urging the international community in particular United Nations Special procedures take effective notice of the Indian highhandedness, he said that it was high time that the world community should exert its influence on India to restore all fundamental freedoms including the peoples' right to freedom of expression and opinion. 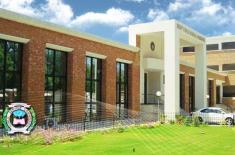