(UrduPoint / Pakistan Point News / WAM - 02nd Dec, 2020) FuJAIRAH, 2nd December, 2020 (WAM / S & P Platts) Oil product stockpiles at the port of Fujairah rebounded 2.3 per cent in the past week, as a significant build in heavy distillates from a near two-year low more than offset a draw in middle distillate stocks.

Stockpiles as of 30th November stood at 20.591 million barrels compared with 20.124 million barrels the week prior, according to data released today by the Fujairah Oil Industry Zone, FOIZ.

Heavy distillates, which includes marine bunkers and fuel oil, climbed 18.5 per cent to 8.

615 million barrels, the data provided exclusively to S&P Global Platts showed. The week before, they had been at their lowest since 31st December, 2018.

Meanwhile, middle distillates, such as jet fuel and diesel, dropped 12.8 per cent to 5.375 million barrels, down from the record high 6.161 million barrels reached in the previous week, according to the data.

Platts has been compiling the Fujairah inventory data since January 2017. 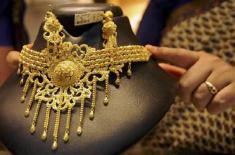