The Khorfakkan Heritage Area Project is considered one of the emirate’s most important projects, through which Sharjah seeks to preserve and promote the historic buildings in the area, transforming it into a tourism and cultural destination to attract tourists and other visitors, and will offer tours of the emirate’s ancient history and heritage.

Upon arrival at the heritage area, His Highness inspected Al Wadi Water Canal, where he watched the Shoosh races, traditional marine sports, which were held on the occasion of the inauguration.

The canal, which is 700 metres long and 5 metres wide, is one of the most prominent tourist facilities and recreational activities, providing visitors with the opportunity to explore the area of Al Wadi Water Canal, which is connected to the sea at Khorfakkan beach.

His Highness also inspected Al-Rayaheen motel, which includes a group of old houses in the heritage area that are to be restored, while preserving their archaeological features.

His Highness was briefed on the upcoming stages of opening the hostel, the proposed designs, and the most prominent services that will be provided to guests, including the temporary housing that reflects the ancient heritage, as well as a group of cultural stores.

During the tour, His Highness also viewed Bait Al Shabab, which represents one of the old houses in the heritage area, dating back to the 1950s.

His Highness then toured the old market of Khorfakkan, known as the Eastern Market, which has been restored and is composed of many shops and various commercial activities, to become an attractive tourism and entertainment destination for visitors and residents of Khorfakkan. After that, His Highness listened to an explanation about the stages that have been completed in the market, as well as the rate of visitors registered in all parts of the market.

H.H. also viewed the covered market, in which the roof was extended over an area of 500 square meters to cover pedestrian pathways.

During the tour, His Highness was accompanied by Dr. Abdul Aziz Al Musallam, Chairman of the Sharjah Institute for Heritage, SIH, Salah Butti Obaid Bin Butti Al Muhairi, Advisor of the Sharjah Planning and Survey Department, and Mohammed Obaid Al Zaabi, Head of the Protocol and Hospitality Department. 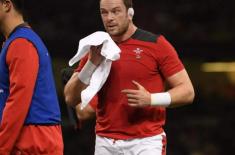 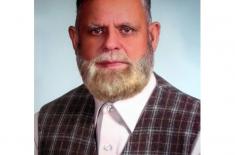 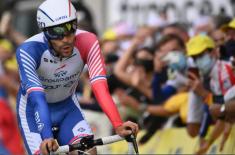 Frenchman Pinot out of Vuelta a Espana 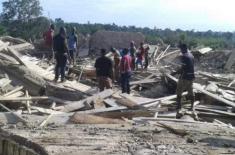