ABU DHABI, (UrduPoint / Pakistan Point News / WAM - 06th Apr, 2021) A UAE newspaper has said that the visit of Iraq’s Prime Minister Mustafa Al Kadhimi to the UAE on Sunday could very well prove a turning point in the Arab country’s efforts to restore stability, rebuild its economy and infrastructure and eventually regain its rightful place in the Arab fold.

"Iraq needs all its brothers in the Arab world and is keen to return to the Arab fold," Al Kadhimi stressed during his meeting with His Highness Sheikh Mohamed bin Zayed Al Nahyan, Crown Prince of Abu Dhabi and Deputy Supreme Commander of the UAE Armed Forces, in Abu Dhabi on Sunday.

The Iraqi premier’s visit to the UAE came on the heels of his important visit to Saudi Arabia last week. In Riyadh, he met with Crown Prince Mohammed Bin Salman who announced that Saudi Arabia will put $3 billion into a new joint fund with Iraq to spur development in the private sector. "Over the past few months relations with Saudi Arabia have accelerated in a positive direction," Al Kadhimi said at the meeting.

In the UAE, Al Kadhimi received firm assurances from the country’s leaders that the UAE will always be on Iraq’s side to overcome the overwhelming challenges the country has been faced with since 2003. "We are close to each other, and this visit will further strengthen the ties between the UAE and Iraq.

Iraq is a dear country to us," Sheikh Mohamed bin Zayed told the Iraqi premier as they held talks on ways to expand cooperation in development, economic, investment and political fields.

A joint statement said the UAE will invest $3 billion in Iraq. Iraq is an important country in the region, and as His Highness Sheikh Mohammed Bin Rashid Al Maktoum, Vice President, Prime Minister and Ruler of Dubai noted on Twitter on Sunday.

"The country is the cradle of civilisation," Gulf news wrote in its editorial today.

"There is a lot Iraq can offer this region beyond politics. Its highly educated people have been part of the development process in many countries in this region, including the UAE," it added.

However, the paper said, in the past 4 decades, wars and conflicts led to the near disintegration of the country. "And since the US invasion in 2003 until recently, Iraq had been embroiled in civil strife and suffered more than its fair share of terrorism. Sectarian politics also allowed Iran to exert huge, and indeed destructive, influence on the country, which threatened Iraq’s Arab identity," read the editorial.

"Fortunately, the Iraqi people today realise that their destiny lies within the Arab fold. Prime Minister Al Kadhimi has been vocal about this as he repeatedly urged Arab states to extend their help to his country. That is an important step in the long way of rehabilitating the country.

"Iraq will eventually regain its natural place among its Arab brethren. The UAE and other Gulf states are clearly making sure that that is happening sooner rather than later," the Dubai-based English language daily concluded. 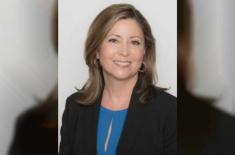 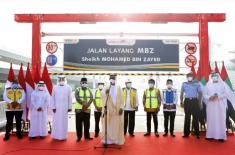