UAE Supports All Efforts To Ensure Permanent, Comprehensive Solution To Palestinian Cause: Gargash

CAIRO, (UrduPoint / Pakistan Point News / WAM - 02nd Feb, 2020) Dr. Anwar bin Mohammed Gargash, Minister of State for Foreign Affairs, has underlined the UAE's support for all efforts aimed at finding a permanent and comprehensive solution to the Palestinian cause, underscoring the importance of prioritising reason and addressing current developments wisely.

He called for direct negotiations between the Palestinians and Israelis, noting that dialogue is an indispensable instrument in the quest for a peace agreement that should be the strategic option all Arabs should pursue while addressing the Palestinian cause.

This came in a speech delivered by Gargash during the extraordinary session of the Arab League Council held yesterday in Cairo at the foreign ministerial level to discuss the peace plan announced by the US Administration, better known as the "Deal of the Century."

He said that the rapid response from Arab League Member States in holding this meeting reaffirms the solid Arab position toward this pivotal issue, which holds special status in the Arab world.

"This rapid response re-affirms the Arab world's keenness to consolidate joint efforts with all parties concerned and the international community to find a just, lasting and comprehensive solution to this issue."

"Our meeting today comes at a time when the Palestinian cause and the Arab region in general are going through difficult circumstances and exceptional challenges that require us to work wisely and efficiently to overcome these challenges and achieve the aspirations of the Palestinian people, who have suffered a lot over the past seven decades and are looking forward to a secure and stable life."

He added that Arab consensus on the Palestinian issue is consistent with "our collective efforts to protect our Arab world.

In light of recent developments, including the peace plan announced by the US President, the UAE has renewed its support for all efforts aimed at finding a permanent and comprehensive solution to the Palestinian issue, he said.

"The UAE underlines the necessity to support dialogue and start direct negotiations between the Palestinian and Israeli parties in order to ensure that nothing on the ground would undermine the just course of the cause."

"Within this context, we highly appreciate the serious efforts made by the United States of America to advance the peace process. In our view, however, these efforts do not represent a final vision, which we think should be based mainly on the consent of the two parties," Gargash said, reaffirming the central importance of the two-state solution and adherence to relevant Security Council resolutions and the Arab Peace Initiative.

The minister concluded, "The Palestinian cause and the circumstances the Arab region is going through at present require us to take difficult decisions consistent with the scale of the challenges that the issue and the region in general are facing. We are looking forward to our meeting today resulting in a clear Arab stance that supports peace efforts, ends the occupation, and leads to a solution to this conflict in a way that would positively reflect on ensuring security and stability in the region and achieving the aspirations of the brotherly Palestinian people and all Arab peoples."

The meeting was attended by Mubarak Al Junaibi, UAE Ambassador to Egypt and Permanent Representative to the Arab League. 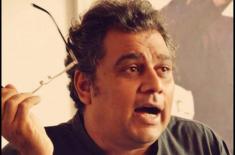 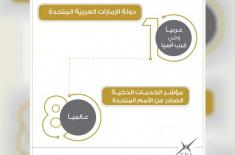 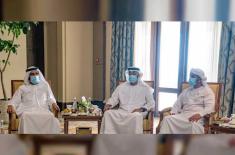 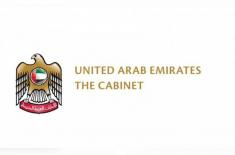