Lille, France, (UrduPoint / Pakistan Point News - 18th Oct, 2020 ) :A French second division match ended with Valenciennes goalkeeper Jerome Prior bleeding from a wound on his cheek that his club said was caused by a bite from Sochaux midfielder Ousseynou Thioune.

"Jerome has a really big bite on his cheek, he was bleeding," said Valenciennes president Eddy Zdziech who told AFP he talked to the goalkeeper immediately after the goalless draw on Saturday.

At the end of the match, the two teams scuffled on the field. Television images show Thioune accosting Priori who recoils and pushes the Sochaux player away.

Valenciennes coach Olivier Guegan told the press conference: "Jerome Prior has a bite on the corner of his cheek." 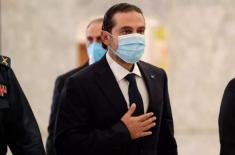