MIRPUR (UrduPoint / Pakistan Point News - 9th May, 2021 ) : May 09 (APP):Muslim population of the Muslim majority disputed Himalayan state of Jammu & Kashmir dwelling both sides of the line of control and rest of the world will celebrate Eid ul Fitr simultaneously with the scheduled observance of the religious festival in Pakistan on May 14 subject to sighting of Shawal moon.

They will celebrate eid with full traditional religious enthusiasm and devotion with the renewal of the resolve to continue acting upon and upholding the teachings of Islam.

And meanwhile, brisk preparations have begun at both sides of the LoC (AJK and restrictions-riddled IIoJK) to celebrate the eid ul fitr with traditional religious zeal and fervor with the renewal of the pledge to continue individual and collective efforts to for the upholding of islam and for encouraging the complete unity, integrity and solidarity of the Muslim Ummah.

APP's AJK Correspondent reports from Mirpur that the sanctified day will dawn with special prayers mostly at open places/grounds, eidgahs besides in the central mosques, ( strictly under set SOPs in view of the prevailing 9-day complete lock down to combat CORONA pandemic) for the stability, integrity, unity and solidarity of the Muslim Ummah, progress and prosperity of Pakistan and Azad Jammu Kashmir, early liberation of all occupied Muslim homelands including Indian Illegally Jammu & Kashmir and Palestine and for the early success of the Kashmir freedom movement.

In Azad Jammu Kashmir, special Eid ul Fitr prayer congregations under the already devised official SOPs, will be held at all small and major cities and towns of all ten districts of the liberated territory including the state's metropolis Muzaffarabad, Mirpur, Kotli, Bhimbher, Bagh, Sudhanoti, Rawalakot and Neelam valley, Haveili and Hattiyan Bala districts where the people will offer Eid prayer at the mosques, eidgahs and open places.

In Indian Illegally occupied Jammu Kashmir, the Kashmiri Muslims have announced to celebrate Eid ul Fitr despite all restrictions imposed by the Indian occupational forces, with renewal of the pledge to continue the liberation struggle despite the stepped up state terrorism by the Indian occupying troops.

Despite extra-ordinary restrictions, already imposed in various parts of the locked-downed bleeding vale of Kashmir, the Indian occupational forces and the puppet state administration in the held state have imposed strict fresh restrictions on holding all sorts of religious gatherings including the Eid prayers in the turbulent occupied valley, the largest Eid prayers congregations are scheduled to be held at Dargah Hazrat Bal and the Central Jamia mosque in Srinagar , according to the reports reaching here on Sunday from across the line of control (LoC).

Other big Eid congregations as also announced by the valiant Kashmiri Muslims, defying all restrictions by the Indian occupational forces across the internationally-acknowledged disputed occupied state, are scheduled to be held at Eidgahs and Jamia mosques in Baramulla, Kupwara, Annantnag (Islamabad), Pulwama, Jammu , Poonch, Rajouri, Udhampur, Kargil and Leh, the report added. 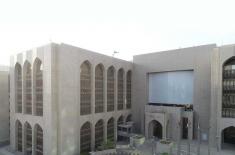 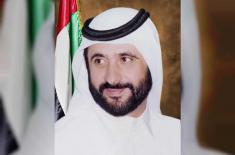