The administration has yet to unveil the full team but confirmed that White House counsel Pat Cipollone will be lead lawyer, backed by Trump's personal attorney Jay Sekulow.

"President Trump has done nothing wrong and is confident that this team will defend him, the voters, and our democracy from this baseless, illegitimate impeachment," the White House said in a statement Friday evening.

But where Cipollone is ultra-discreet, and rarely speaks on the record, Dershowitz and Starr will bring the legal world's equivalent of rock stardom when the trial begins on Tuesday.

US media reports said Starr, the special prosecutor in the 1998 Clinton impeachment saga, was joining the Trump legal team. He is a hero to many on the right, even if Clinton ultimately was acquitted in the Senate.

Among the first to react -- with expletive-laden astonishment -- was Monica Lewinsky, whose affair with Clinton was the subject of Starr's investigation.

"This is definitely an 'are you fucking kidding me?' kinda day," she tweeted.

No less controversial is the choice of Dershowitz, whose past clients include disgraced financier Jeffrey Epstein, as well as film director Roman Polanski and former heavyweight boxing champion Mike Tyson, both embroiled in notorious rape cases.

Dershowitz himself has been accused of being a witness and participant in Epstein's sex crimes -- allegations he strenuously denies.

In the Senate, Dershowitz, who teaches at Harvard University, says he'll be pursuing loftier matters.

In a post on Twitter Friday, Dershowitz said he would "present oral arguments at the Senate trial to address the constitutional arguments against impeachment and removal." Lead lawyer Cipollone is the author of the Republican president's uncompromising strategy to stonewall the Democrats' impeachment investigation, calling it "partisan and unconstitutional." Another high-powered player will be Sekulow, a stalwart in the White House pushback against a two-year probe by special counsel Robert Mueller into Trump's controversial dealings with Russia.

A Supreme Court veteran and a big name on the right-wing evangelical Christian scene, he won't be dazzled by the bright lights of Washington's ultimate fight.

Rounding off the roster will be Robert Ray, another figure from the investigations into Clinton that rocked Washington in the 1990s, US media reported.

- Reliable Republican jurors - Trump has been impeached by the House of Representatives on accusations that he abused his office to try and force Ukraine into digging up dirt on leading Democratic presidential candidate Joe Biden.

He was also impeached for allegedly obstructing Congress.

But the White House enters the Senate trial with a massive advantage: Trump's Republicans have 53 of the 100 seats and the party is in lockstep.

- Trump's lawyers - As a man who has been fighting legal battles for decades -- including rape allegations, multiple real estate disputes, and bankruptcy -- Trump is no stranger to colorful lawyers.

His former longtime attorney Michael Cohen is serving a three-year sentence and has turned on his old boss. Before going behind bars for a variety of crimes last year, Cohen called Trump a "con man" and a "cheat." Where Cohen left off, an even bigger firebrand, former New York mayor Rudy Giuliani, stepped in to serve as attorney and roving political fixer.

Giuliani's relentless attempts to prove conspiracy theories around Biden's family activities in Ukraine are interwoven with the whole impeachment case against Trump. Although Giuliani is not a government employee, he has traveled to Ukraine to lead the search for dirt on Biden.

And the outspoken former Federal prosecutor who was in charge of New York on 9/11, has pushed to be allowed in on the Senate impeachment trial team. A wary White House has shut the door.

Friday evening, House Democrats released documents showing Lev Parnas, who served as Giuliani's envoy to Ukrainian officials, had been in extensive contact with an aide to Representative Devin Nunes, the highest-ranking Republican on the House Intelligence Committee.

The WhatsApp messages, which run from February to May of last year, indicate that Nunes's office was aware of the alleged efforts to try and force Ukraine into investigating Biden.

Parnas made headlines Thursday when, hours before Trump's impeachment trial opened, he broke ranks to charge that the president "knew exactly what was going on" regarding his and business partner Igor Fruman's efforts to influence Ukrainian authorities.

Trump denied knowing Parnas. "I don't believe I've ever spoken to him," he told reporters.

But Parnas told MSNBC that Trump was lying. "We're not friends," the Ukrainain-born businessman said. "But he knew exactly who we were." 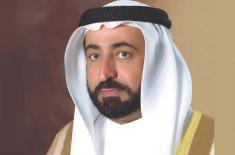 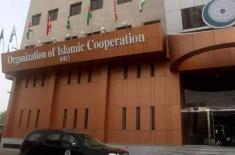 OIC Condemns Gun Attack in the City of Hanau, West .. 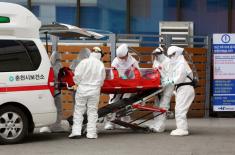 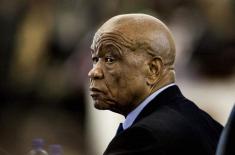 Lesotho PM in court to be charged with murder of e .. 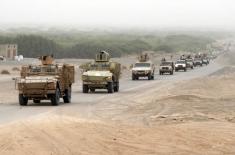 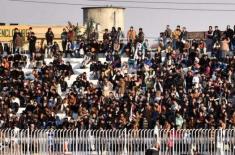