The world number 62 fired a final-round three-under par 69 to finish 72 holes at Reynolds Lake Oconee on 16-under 272 for an extra-special birthday gift.

"It's definitely towards the top that's for sure," McDonald said.

"I've never doubted my ability but it's really hard to win out here," said McDonald, her voice breaking with emotion. "I hung in there and I was really happy to get a win." Fifth-ranked Kang trimmed her lead from four strokes to a single shot on the back nine but settled for second after shooting 68 to finish on 273.

"It shook me up pretty bad," McDonald said. "I had to gather myself up and get my heart rate under control.

"I knew Danielle was going to put the pedal to the metal. I told myself to calm down and do what I've been doing, follow my game plan and control what I can.

"I was happy to hang in there and pull it out -- just the resilience I have." Filipino 22-year-old Bianca Pagdanganan, the world number 233 and LPGA driving distance leader in only her sixth professional start, shot 70 to finish third on 274 with American Mina Harigae and Spain's Carlota Ciganda sharing fourth on 275.

Kang originally was to have been seeking a third consecutive LPGA crown in Shanghai this week befire Covid-19 wiped out the event, leading to the creation of this week's tournament.

McDonald birdied the par-3 fourth and made the turn with a two-stroke lead over Pagdanganan and Kang.

She then sank a 12-foot birdie putt at the 10th to launch a run of three consecutive birdies that left her on 17-under with a four-stroke edge.

Kang rolled in a 10-footer for birdie at the par-4 13th while McDonald missed a five-footer for par, her lead halved with five holes remaining.

Kang curled in a tricky downhill 12-foot birdie putt at the par-3 14th, reaching 15-under to pull within one with her third birdie in four holes.

At 15, the course's toughest hole for the week, Kang went over the green, pitched to five feet but missed her par putt and fell two back with three to play.

McDonald birdied the par-3 16th but missed a seven-foot par putt at the par-3 17th to keep the lead at two heading for the par-5 18th.

McDonald put her approach onto the green at the last and Kang lofted her eagle attempt so it barely missed the edge of the cup. She made birdie but McDonald two-putted for par and the win. 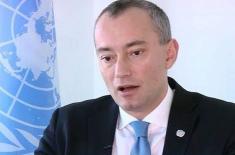 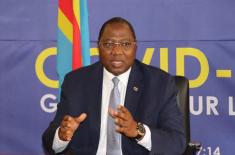