The operation came after a weekend attack on farmworkers killed as many as 110 people in Nigeria's northwest in what would be the deadliest assault this year blamed on Islamist militants.

The returnees who fled their homes in Marte in Lake Chad region in 2014 were packed into dozens of trucks and buses from Bakassi camp for internally displaced (IDPs) in the regional capital Maiduguri.

"All arrangements have been concluded today...for the return of first batch of IDPs from Marte," the National Emergency Management Agency (NEMA) said in a statement.

The returnees comprised 500 households numbering around 3,000 people were selected from four camps across the city, said Abdulkadir Ibrahim, NEMA spokesman in a statement.

"I'm very happy to return to my roots which I left six years ago," one returnee Bukar Kyarimi told AFP. "We need to go back and tend our abandoned farms but we hope the government will give us adequate protection from the insurgents." "We are eager to go back to our homes but what happened in Koshobe...is frightening," said another returnee, referring to the weekend attack on local farmers blamed on Boko Haram jihadists.

UN humanitarian coordinator in Nigeria Edward Kallon had initially said in a statement on Sunday 110 farmers were killed in Koshobe but said later the figure was "unconfirmed".

The decade-long jihadist conflict has forced around two million out of their homes, most of them from northern Borno, pushing them into squalid camps in Maiduguri where they rely on food handouts from international charities.

The authorities have been encouraging people displaced by the jihadist violence to go back to their homes, saying the camps were no longer sustainable, despite concern from aid agencies that it was not safe for them to return.

The Sunday massacre of farm workers near Maiduguri underlines the security risk the displaced face on their return.

In the last two years, residents were returned to five major towns where they are confined under military protection, with trenches dug around the towns to fend off attacks by the jihadists.

Despite the security measures, the insurgents have continued to launch attacks on the fortified towns.

The IS-affiliated Islamic State West Africa Province (ISWAP) which split from the main Boko Haram faction in 2016, keeps camps in islands on Lake Chad ---- where Nigeria, Niger, Cameroon and Chad meet ---- and the area is known to be the group's bastion.

The group focusses on military targets, but it has increasingly been abducting and killing civilians at bogus checkpoints as well as raiding villages for supplies.

In August, hundreds of residents in the town of Kukawa in the Lake Chad area were taken hostage by ISWAP fighters for days.

In September, thousands of residents of Baga on the shores of the lake returned to their homes they fled in 2014.

They have been restricted to its confines for fear of ISWAP fighters who have killed residents who went fishing, according to locals and security sources.

At least 36,000 people have been killed in the jihadist conflict since 2009 and violence has spread into neighbouring Niger, Chad and Cameroon, prompting a regional military coalition. 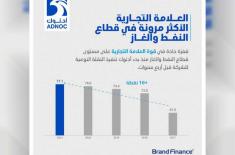 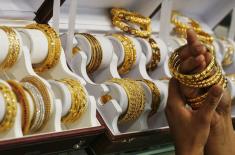