Paris, (UrduPoint / Pakistan Point News - 27th Nov, 2020 ) :A video of police beating a black music producer in Paris triggered outrage and condemnation on Thursday, leading to the suspension of several officers and a public backlash that drew in French World Cup football stars.

The incident comes after a string of high-profile probes into police violence and as concern grows over new legislation proposed by the government that would restrict the right of citizens to film and publish images of police on duty.

Online news site Loopsider published security camera images on Thursday showing three officers punching, kicking and using their truncheons on the producer, identified as Michel, as he entered his studio in the French capital late on Saturday.

The beating lasted around five minutes, during which Michel said he was repeatedly subjected to racist abuse, before he was dragged out of the building in the northwestern 17th district of the capital.

He was initially arrested for violence and failure to obey the police. But prosecutors threw out the probe and instead opened an investigation against the police officers themselves for committing violence while in a position of authority.

Interior Minister Gerald Darmanin told French television that the officers "had soiled the uniform of the republic" and that he would press for their dismissal.

Police sources said four officers had been suspended in total.

As the hashtag #Michel trended on French social media, politicians and footballers who played on France's 2018 World Cup winning team denounced the latest evidence which comes amid a wider debate in France about police methods.

The death in US police custody of George Floyd in May has also reverberated in France where allegations of brutality against police officers are commonplace, particularly in poor and ethnically diverse areas in the country's major cities.

"People who should have been protecting me attacked me. I did nothing to deserve this. I just want these three people to be punished because we have a good justice system in France," Michel told journalists on Thursday.

"I was lucky to have videos which protect me, unlike a lot of others, otherwise I would not be here with you today," he added.

Michel's lawyer, Hafida El Ali, told AFP that his client had been detained for 48 hours after the beating on the basis of "lies by the police who had outrageously attacked him".

Paris prosecutor Remy Heitz told AFP that he had asked France's National Police General Inspectorate (IGPN) to shed light on what happened "as quickly as possible".

- 'Exceptionally serious' - Loopsider, which has exposed several episodes of police violence in recent months, said that the images "had to be seen to understand the full extent of the problem".

Michel told the site he was in the street not wearing a face mask on Saturday, but went inside his studio when police arrived.

The beating took place in the hallway of the building, with the violence captured on CCTV.

Paris' Socialist mayor Anne Hidalgo said she was "profoundly shocked" "by an intolerable act... that is exceptionally serious." Football stars on the 2018 squad such as Antoine Griezmann, Samuel Umtiti and Kylian Mbappe all denounced the images.

"Unbearable video, unacceptable violence," Mbappe wrote on Twitter next to a picture of the injured producer. "Say no to racism." There has already been virulent criticism of the police this week after they used tear gas late Monday to remove migrants from a camp set up in central Paris.

Prosecutors have opened probes into that operation after videos showed a journalist being assaulted and an officer tripping a migrant as he runs away from the scene.

The beating of the producer has piled new pressure on Paris police chief Didier Lallement who has faced criticism over the dispersal of the migrant camp, as well as on hardline Interior Minister Darmanin.

- 'Would still be in prison' - The outcry comes after the lower house of parliament on Tuesday evening gave initial approval to a security bill which would restrict the publication of photos or videos of police officers' faces.

Media unions say it could give police a green light to prevent journalists from doing their work and potentially documenting abuses, as well as stopping social media users from posting incriminating footage.

A protest against the law has been called for Saturday in Paris.

In a sign that the government was possibly preparing to backtrack, Prime Minister Jean Castex announced late Thursday that he would appoint a commission to redraft Article 24 of the law that would restrict images of the police.

In a reminder of a previous police operation that caused outrage, three officers accused of severely injuring a man named Theodore Luhaka outside Paris in February 2017 are to face trial on charges of involuntary violence, prosecutors announced Thursday.

Luhaka was severely wounded in the area of his rectum by a blow from a truncheon. The judge has followed advice of prosecutors and the officers will not be tried for rape.

President Emmanuel Macron swept to power in 2017 as a centrist who rallied support from across the political spectrum. But with the new security law, critics and even some supporters accuse him of tilting to the right as he seeks re-election in 2022. 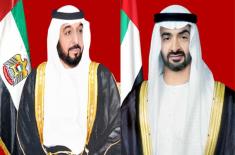 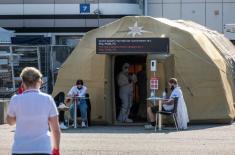 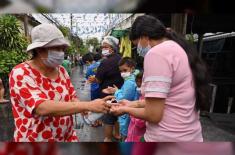 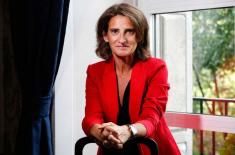 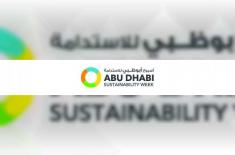 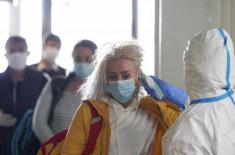 Over 12,000 new coronavirus cases in Germany