Paris, (UrduPoint / Pakistan Point News - 15th May, 2021 ) :Pro-Palestinian demonstrators vowed to hold a protest in Paris on Saturday despite a police ban to avoid any flare-up in anti-Semitic violence after the worst fighting between Israel and Hamas since a 2014 war.

Police ordered shops to close from noon along the planned route, from the heavily immigrant Barbes neighbourhood in the north to the Place de la Bastille.

Dozens of riot-control officers converged on the area ahead of the protest, set to start at 3:00 pm (1300 GMT), as did crowds of youths facing off against police units on several streets.

Walid Atallah, president of the Association of Palestinians in Ile-de-France, the region encompassing Paris, accused the government of inflaming tensions with the ban.

"If there were genuine risks of public disorder, of serious problems, they would have prohibited it right away," he told a press conference.

"They banned it at the last minute -- it's unacceptable," he said.

Officials said they feared a repeat of fierce clashes that erupted at a similar Paris march during the last war in 2014, when protesters took aim at synagogues and other Israeli and Jewish targets.

"We all remember that extremely troubling protest where terrible phrases like 'death to Jews' were yelled," Mayor Anne Hidalgo told AFP on Friday, welcoming a "wise" decision to ban the march.

Similar protests in Germany and Denmark this week have degenerated into clashes leading to several arrests.

Several groups were to take part in the Paris demo, including anti-fascist associations, the citizens' activist group Attac and the far-left New Anti-Capitalist party.

A lawyer for the groups, Sefen Guez Guez, denounced the police ban as "disproportionate" and "politically motivated."Another group hoping to stage a pro-Palestinian protest Saturday in Paris filed an appeal of a similar ban with the State Council, France's highest administrative court. 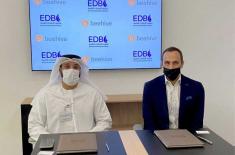 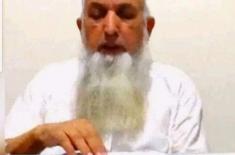 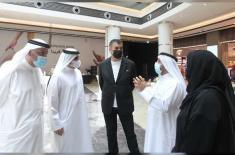 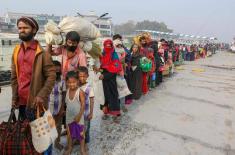 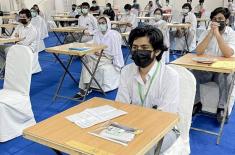