North Sound, Antigua and Barbuda, April 2 (UrduPoint / Pakistan Point News - 3rd Apr, 2021 ) :Sri Lanka lost both openers in the afternoon session but were still well positioned at 146 for two to ensure a draw at tea on the last day of the second and final Test against the West Indies on Friday.

Given that the tourists never appeared to entertain the prospect of chasing a victory target of 377 from an overnight position of 29 without loss, it remains to be seen if the home side can re-ignite any serious interest in pressing for a series-clinching victory in the one session remaining.

After managing just 16 runs in three previous innings, Sri Lankan captain Dimuth Karunaratne signed off on the campaign with workmanlike 75.

His 25th Test half-century spanned over four hours in which he faced 176 deliveries and struck nine fours before being trapped lbw by seam bowling all-rounder Kyle Mayers just before the end of the post-lunch period.

Karunaratne put on 101 for the first wicket with Lahiru Thirimanne, who benefited from a huge slice of luck at the start of a rain-affected morning to battle through to the afternoon period when he eventually fell for 39, edging a full delivery from fast bowler Alzarri Joseph for Rahkeem Cornwall at first slip.

Thirimanne ended the series with a tally of 240 runs, the most on either side and putting him three runs ahead of the leading West Indian, captain and fellow opening batsman Kraigg Brathwaite.

Oshada Fernando (29 not out) will continue the resistance after tea in partnership with the newly-arrived batsman, former captain Dinesh Chandimal.

Dismissed in his previous two innings by the Barbadian, he needed the benefit of television replay technology and a successful DRS referral to have a leg-before verdict against him off Mayers overturned.

Sri Lanka's task was made easier by the absence of Shannon Gabriel for most of the afternoon.

The West Indies fastest bowler left the field in his sixth over with what appeared to be a hamstring injury.

That injury would have only worsened Gabriel's mood after he saw wicketkeeper Joshua da Silva spill a leg-side catch offered by Thirimanne at the start of the day when the opener was just on 17.

Early-morning rain delayed the start of play by just over an hour, effectively ending any distant hope the Sri Lankans would have entertained of launching a run-chase. 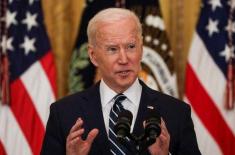