He expressed these views while addressing a press conference here.

Liaqat Shahwani said according to the rules of IRSA, at least 23,500 cusecs of water has increased in the rivers which would also enhance the water level in Balochistan as per rules of IRSA.

He alleged Sindh was not implementing IRSA rules while Balochistan was facing water shortage, even drinking water was not available in Naseerabad division area of province, adding water scarcity could damage ready crops in Balochistan.

He claimed last month, Balochistan received 34 percent less water than its share, and added in the current month, we got 44% less water.

If this situation continued, agriculture in Naseerabad division would be destroyed, he explained, on June 6 and 7, we were supposed to get 6,500 cusecs water but we only received 2,500 cusecs of water.

He alleged Sindh is looting our share of water every year while Sindh has also a problem of water theft with Punjab.

He said construction would also begin on the national highway from Naseerabad to Sindh in order to provide traveling facilities to people in the areas, adding that Chief Minister Balcohistan Mir Jam Kamal Khan committed to develop the province in each field for removing backwardnes which had been ignored in past regime. 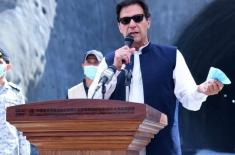 PM to visit Dasu Dam today to review its construct .. 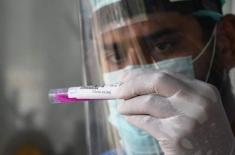