Speaking at the occasion of a dialogue titled "From Fog to Smog: A Deadly Transition" by World Wildlife Fund (WWF) Pakistan, he said, since we (brick kiln owners) realized the fatal and health hazardous impacts of Smog the worst kind of air pollution and also observed change across the border in the neighbouring country India and in Bangladesh but that change was not discernible in our country.

The neighbouring country India owing to its densely polluted ambiance, converted existing brick kilns into Zigzag technology which is reported to be energy efficient and economical setup, he added. "We approached Environment Protection Department (EPD) Punjab for assistance over the issue and tried to visit India to get knowledge and understanding of the technology but in vain as visas were not given," Niazi said.

The President BKAP said, "We waited for government's response on Zigzag technology building as it is also in negative so it was decided by all of the brick kiln owners to approach Nepal through the International Centre for Integrated Mountain Development (ICIMOD). ICIMOD assured their assistance in providing technology and information sharing however; we managed our visit to Nepal on our own expenses despite many issues." He further said, "I visited every single village and province to apprise the masses particularly those associated with the business of brick making to adopt the new technology which would help reduce dark emissions and also enhance the quality and production of bricks. Some people resisted the process due to lack of awareness where the situation changed after repeated exhortations and briefings by the experts over the conversion process." He regretted that initially, we started constructing our brick kilns on zigzag format but due to lack of expertise, information and technical assistance made mistakes in the basic structure which resulted into failure of the conversion as bricks did not get properly baked putting loss of hundreds of thousands of rupees whereas the process was not halted rather the brick kiln owners continued the conversion process.

The conversion process does not merely involve transformation of the kiln rather it involves other linked edifices and relevant paraphernalia for which we (BKAP) demands expert engineering and technological assistance to make the conversion process successful and productive, he added.

"There are 1,25,000 engineers enlisted in the Engineering Council of Pakistan however, there was not a single expert available to help out in the formation of zigzag brick kilns and we went to Nepal for support," he mentioned.

He said the conventional method namely Bull's Tench Kiln, the one prevailing in the country, did not require electricity whereas the Zigzag Brick Kiln has energy consumption involved in the process. "No electricity connections have been provided to converted brick kiln owners which was hampering the process," he added.

Niazi also said that regularization of prices of zigzag kiln baked bricks at new rates was also pending adding, the conversion of brick kiln costs Rs 3 million and the banks also shrink their hands from providing loans to brick kiln owners for the adaptation process.

Talking to APP, he said brick not only forms the foundation of a building rather a massive economic chain that provides livelihood to million of people across the country from builders to mason and from shop keeper to other linked entrepreneurs. "The shutdown of brick kilns for three months is not favourable for the poor masses who rely on their daily wages earned from brick making. The government should help in the conversion process as it is only remedy for the issue," he added.

Shoaib Niazi maintained that all brick kiln owners have become conscious of their responsibility in producing dark and hazardous emissions resulting Smog. Therefore, he said that brick kiln owners decided to shut down their furnaces on humanitarian grounds and for national cause as a single life saved from Smog or emissions of brick kilns would be a great achievement and moment of gratitude to safe nation from lurking fatal Smog and air pollution. 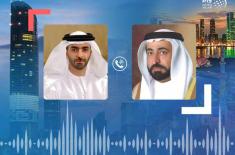 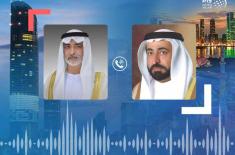 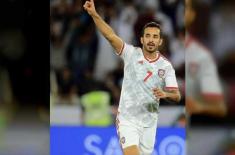 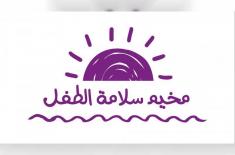