KARACHI, Jan 6 (UrduPoint / Pakistan Point News - 06th Jan, 2017 ) : District Municipal Corporation (South) conducted an operation against the encroachments in Clifton Block-2. An official of DMC South on Friday informed that an operation was carried out against encroachments near Dua Chorangi and Dolmen mall.

He added that around 10 illegal structures including hotels on the main roads were demolished which were causing traffic jams. The DMC South team used heavy machineries to demolish illegal constructed kitchens, sun shades and electric poles.

The official of DMC South further stated that all the concerned hotel owners were informed prior to the action. The operation was supervised by Municipal Commissioner Afaq Saeed while Mukhtiyarkar concerned Moosa Morai was also present on the occasion.

The traffic flow was also improved after the removal of encroachments. Municipal Commissioner Afaq Saeed has said that no any kind of encroachments will be tolerated in the jurisdiction of DMC South and he also directed the officials to ensure the same. 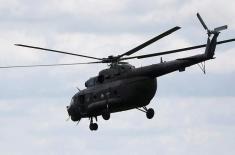