PESHAWAR, (UrduPoint / Pakistan Point News - 27th Oct, 2020 ) :At least eight students of a religious seminary were killed and around 95 others injured when a powerful blast occurred inside the hall of the mosque during religious lecture at Dir Colony, Kohat Road here on Tuesday.

SSP, Operations, Mansoor Aman and Spokesman Lady Reading Hospital while confirming the deaths of eight students and injuries to nearly 95 others said it was an IED explosion that occurred inside the hall of the mosque in seminary when the religious teacher, Maulana Rahim Ullah was delivering the lecture. Rahimullah survive the attack with minor wounds.

The Spokesman LRH, Muhammad Asim said a total of 103 victims were brought to the hospital among which seven were dead while another expired during treatment while 95 were still under treatment.

He said condition of five injured was much critical.

He said five of the dead were identified as Muhammad Zahoor, resident of Waziristan, Muhammad Arif, son of Gul Shan, resident of Khyber district, Naimat Khan, son of Saifur Rehman from Afghanistan, Zubair son of Habibullah resident of Afghanistan and Maroof Khan son of Awal Khan, resident of Mashokhel, Peshawar. The identity of the remaining three dead could not be ascertained due to mutilation.

Provincial Health Minister, Saleem Taimur Jhagra after visiting the Lady Reading Hospitall strongly condemned the blast and told media that best possible treatment facilities were being provided to the injured of the blast. He said many of the injured were received with burn injuries adding lethal chemical and components were used in the IED to cause maximum damage to human life.

The Minister further said, God forbid the death toll may increase as some injured have critical wounds and burn injuries.

He said initially 37 injured were brought to Naseerulah Babar hospital while two were received by Khyber Teaching Hospital.

From Naseerulah Babar Hospital 25 injured were refereed to LRH and some with minor wounds were discharged.

Emergency was declared at three big hospitals including LRH, KTH and HMC. He also prayed for early recovery of the injured and urged the people to avoid creating rush in wards, burn centers and operation theaters so that quick healthcare services could be provided to injured.

Provincial Information Minister Kamran Bangash while talking to media at the site of the blast said, a suspected man was reportedly seen entering the seminary around 08:00 a.m. with a bag in his hand. The man placed the bag inside the hall and left the premises.

After some time the bomb concealed inside the bag exploded with a big bang killing and injuring the innocent students.

He said with sorrow that students aging from 20 to 28 years were in the last stage of their courses' completion but the anti-state and inhuman elements did not let them to accomplish their religious schooling.

He said terrorists attacked innocent students as they were the easy target and expressed the resolve that elements involved in this inhuman act would be brought to justice as soon as possible.

After the APS tragedy, he said it was the second bloody and cowardice attack targeting students.

There were security threats and fear of terror attacks and proper security measures were adopted at sensitive place but the terrorists choose an easy target of attacking innocent seminary students.

He expressed the resolve that such incidents could not deter the resolve of government and every available mean will be utilized to bring the perpetrators to justice.

Assistant Inspector General (AIG) Bomb Disposal Squad, Shafqat Malik told media that a time device was used in the powerful explosion. The bomb was concealed in a bag that was placed inside main hall of the mosque of a local seminary where students were being taught. He rejected reports that it was a remote controlled blast.

To cause maximum damage flammable chemicals and extra components were used in the improvised explosive device. Around five to six kilogram explosive were used in the IED, he added. The AIG said important evidences were collected and investigation was in progress.

Chief Minister Khyber Pakhtunkhwa Mahmood Khan has strongly condemned the blast and said that perpetrators of this inhuman act would soon be brought to justice. He directed the hospitals' managements to provide best possible treatment facilities to the injured.

In his statement on Tuesday, the chief minister expressed profound grief over the loss of precious lives and prayed for speedy and complete recovery of the injured. He said that targeting the innocent children was a highly deplorable and cruel act.

The police were thoroughly investigating the incident from all aspects, he said and hoped the perpetrators involved in this inhuman act would soon be brought to justice. He also expressed solidarity with families of the victims and said the government equally shares their grief in this critical time.

Speaker Khyber Pakhtunkhwa Assembly Mushtaq Ahmed Ghani has also strongly condemned the blast and while condoling with the bereaved families, the Speaker expressed grief over loss of precious lives. He prayed for the speedy and complete recovery of the injured.

He added that nefarious designs of those trying to spoil peace in the country would be foiled. Such barbaric forces could not shake the government's resolve to root out terrorism in all its forms and manifestation.

Meanwhile, Central President Awami National Party (ANP) Asfandyar Wali Khan has also strongly condemned the blast and underlined the need for implementation of the National Action Plan (NAP) in a more effective manner to curb such acts of terrorism in future.

In a statement, the ANP central president also expressed solidarity with families of the victims, saying they equally shared their grief in this hour of grief. He said the ANP had been demanding all along to implement provisions of the NAP indiscriminately so that menace of terrorism could be overcome once and for all.

He said that terrorists had once again targeted innocent children barbarically and they did not deserve to be called humans. He prayed for early recovery of the injured and demanded of the government to provide best possible treatment facilities to them.

He also demanded for announcing a compensation package for families of the martyred. 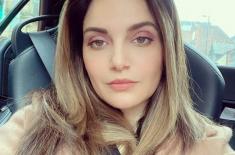 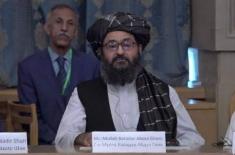 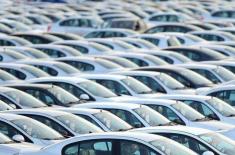 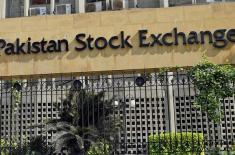 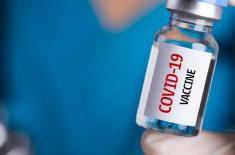 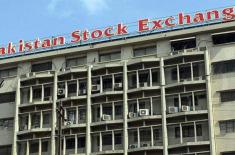