ISLAMABAD, Jan 4 (UrduPoint / Pakistan Point News - 04th Jan, 2017 ) : All Parties Hurriyet Conference Chairperson, Syed Ali Gilani recalling the Sopore massacre of 6th January 1993 has said that Jammu and Kashmir has hardly witnessed such a barbaric and inhuman incident and not only Kashmiris but anybody with a human heart can never forget it.

According to KMS, Syed Ali Gilani in a statement issued in Srinagar hailing the resolve, courage and determination of the people of Sopore said that his personal and political life started from this fertile and turbulent land, and its people irrespective of their party and ideological affiliations had a great respect and regard for him which was a priceless investment of his life.

Remembering the ill-fated day of 6th January 1993, the octogenarian leader said that it was bone-chilling cold of harsh winter, people of the adjoining areas were yet to board the locomotives for Sopore, when at 9:30 am Indian forces were attacked, resulting in death of one soldier.

He added, "Inhuman forces forced traders to shut down nearby shops and burnt alive all the shopkeepers.

Humanity may have never witnessed such a heinous crime when a toddler snatched from the lap of his mother was thrown into the flames and when the hapless mother protested, she too was silenced forever by the bullets.

Whole town was in rubble, houses and shops were turned into ashes and horror stories and ghastly tales were all around which shiver a person down his spine." This madness, he said, of these killers didn't stop there, "They fired upon and burned a bus en-route to Bandipora, killing and burning alive all its passengers." The resistance leader said, this dance of death, with 55 innocent killings, 120 houses and 350 shops gutted, was a unique New Year gift from the masters of our traitors.

He said Sopore has a distinction of being politically mature and emotionally affiliated with the freedom movement, for which it has been a thorn in the eyes of the stooges, and this doomsday of 6th January was just an act of revenge to subjugate and suppress the population. 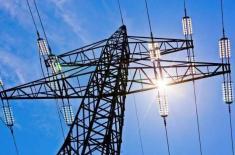