ISLAMABAD, (UrduPoint / Pakistan Point News - 9th May, 2021 ) :The Islamabad Wildlife Management board (IWMB) has initiated a nine-day long volunteer cleanup campaign "My Waste My Responsibility" in Margalla Hills National Park to lift the increasing waste dumped by irresponsible visitors and tourists in the natural environment.

The IWMB took this decision after public negligent behaviour and littering went rampant in the National Park that was highly detrimental to scenic and one of the exotic biodiversity existing in the Margalla Hills National Park, an IWMB official told APP.

He said the IWMB first started registering volunteers to expedite stakeholder intervention to address littering issue, adding, "400 volunteers have been registered whereas the actual number is more than this but we refused the masses due to Covid-19 restrictions to avoid congestion." He added that IWMB started volunteer movement to implement My Waste My Responsiblity in MHNP, to protect natural ecosystem.

"The Campagin will start from 8th May to 16th May 2021 and the public must play their role to protect the park from littering," he added.

The official regretted that the recent tweet by British High Commissioner Dr Christian Turner was embarrassing to read as he not only drew public attention towards irresponsible attitude of the masses and waste rather quoted the saying of Holy Prophet (PBUH) "Cleanliness is half of the faith".

He said dumpsters or waste bins were not sufficient keep the environment of MHNP clean whereas it was public behaviour that needed improvement.

To a question, he said the campaign was not time bound and people were directed to visit MHNP as per their convenience and collect garbage bags from the entry points of Trails.

He said community awareness and education was very effective through volunteers and it would also help in preserving clean and green environment of the Margallas.

He highlighted that the takeway meals offered by restaurants established in the MHNP which was a protected area was the only cause of littering in MHNP which should be taken into the account.

Earlier, Chairman Capital Development Authority (CDA) Amir Ali Ahmed took notice on the tweet of the British High Commissioner and directed the ICT DG Sayeda Shafaq Hashmi including MCI and CDA officials to ensure proper waste collection in the area of Daman-i-Koh and its vicinity. 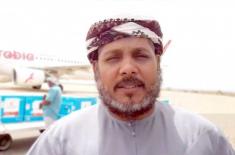 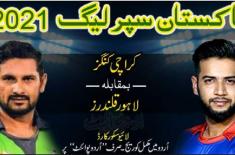 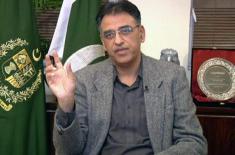 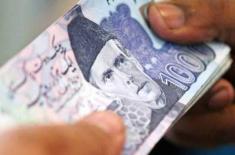 Widow of cop gets pension after 18 years 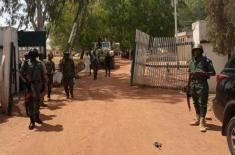