"The private sector is making money from the hatcheries but government always sustains losses," The Chief Minister remarked while presiding over a meeting to review the progress of development schemes at the CM House, said a statement on Thursday.

Waseem, Secretary Works Aijaz Memon, secretary Livestock & Fisheries Ghulam Hussain Memon and others. Mohammad Ali Malkani told the Chief Minister that over all development portfolio of his department was Rs1798 million for 40 schemes, of them Rs1111.419 million are for Livestock and Rs686.581 million for Fisheries sectors.

He said that out of 40 schemes six schemes were new. He added that the scheme for Establishment of Cattle Colonies with District and Private Partnership phase has been launched for Rs1377.

272 million at Naukot, Umerkot and Khairpur.

Secretary Livestock & Fisheries said that a scheme for expansion of poultry hatcheries and backyard farming, including poultry controlled atmosphere shed has been launched for Rs 247.376 million for Naushehroferoze, Ghotki, Kashmore, Mithi, Umerkot and Karachi.

Around Rs209.675 million have been utilized but due to defective work at Ghotki, Kashmore units the P&D department had raised serious observations on the work. Therefore, the finance department has stopped its further funding.

He said that Rehabilitation of Pilot Shrimp Farm at Garho as Training & Research Centers launched for Rs261.792 million on which Rs203.455 million have been utilized so far. The Inspection team of P&D Department has termed the work carried by Works & Services Department unsatisfactory.

Therefore work has been stopped. The Chief Minister showing his displeasure directed both the ministers, Livestock and W&S to sit together and get the work done by maintaining quality and pace. 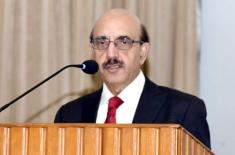 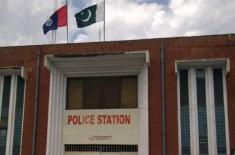 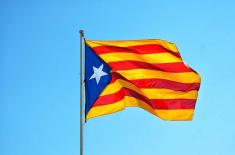