LAHORE, (UrduPoint / Pakistan Point News - 28th Feb, 2021 ) :Punjab Chief Minister Sardar Usman Buzdar has regretted that the opposition was engaged in preposterous agenda of weakening the country, as Pakistan Democratic Movement (PDM) does not care about progress and development of the country but only its vested interests.

In a statement issued on Sunday, he said that national economy was on the right path and the country had been put on the road to progress and prosperity under the leadership of Prime Minister Imran Khan.

The chief minister said despite COVID-19, business activities were being speedily restored, adding that people wanted progress and prosperity, not chaos. The opposition, by spreading anarchy, was trying to create hurdles in the process of development, he added. There was no room for politics of chaos and anarchy in the present scenario, he warned. Those who were engaged in the politics of chaos should display better senses, he said and added that neither Pakistanis would be hoodwinked by these reckless elements nor would they allow anyone to create obstacles in the process of development and progress.

Usman Buzdar said that those who were trying to spread chaos in the country have been exposed. He warned that every effort made to interfere the national development would be foiled. The Pakistan Tehreek-e-Insaf (PTI) government, under the leadership of Prime Minister Imran Khan, had been given the mandate of five years and the government would complete its tenure, he added. Those hatching conspiracies have faced defeat in the past and they would face it in future as well, he added.

He said that the government had always answered the opposition's negative tactics with public service, adding that the PTI government was taking the country towards sustainable development as a number of steps have been taken during two-and-a-half years for welfare and betterment of people.

Simplifying the government affairs have significantly reduced expenditures, he said. National resources were ruthlessly wasted on exhibitory projects by the former rulers in the past, he said and added that tradition of misuse of national resources had been curbed by the PTI government.

The national exchequer was the trust of the people and now it would be spent only for their welfare and betterment, he promised and said that the government direction was right and intention was good. He asserted that Pakistan would move forward under the leadership of Prime Minister Imran Khan, no matter how much rejected elements propagate. "We will remove every obstacle in the way of real development," he said. People have totally rejected the opposition's negative politics, he added. Those who were levelling allegations should look into their past, which was rife with corruption, he said. They were doing criticism for the sake of criticism just to get political mileage, he said. 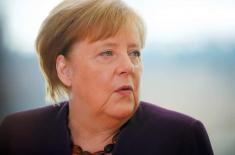 Germany's Merkel to Get Vaccinated Against COVID-1 .. 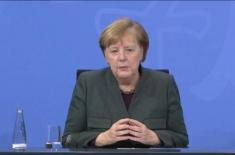 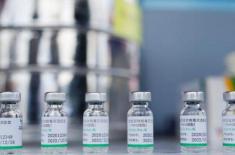 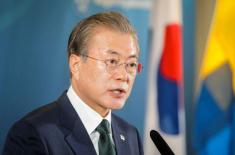