Opposition's Political Scenario Will Be Changed After January Next: Sheikh Rashid

There was a great rift between Maryam Nawaz, and Shahbaz Sharif for clinching party leadership and due to which, a vacuum was clearly visible in the politics of Sharif family, he stated this in an interview with a private television channel program.

Commenting on a meeting of PML-N leaders with military high ups, he said Ahsan Iqbal, Khawaja Asif and Shahbaz Sharif had held meetings with them. In the meeting, he said the leaders had discussed politics rather to hold debate on affairs of Gilgit-Baltistan. The minister said that PML-N and other opposition parties were trying to clinch upcoming Senate elections and for this, they were using energies to stop the members of Imran's party to win the polls. 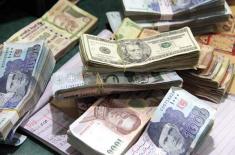