"Prime Minister Imran Khan is going to inaugurate the country's largest ever monsoon plantation drive of 200 million plantation target set for this year plantation under 10 Billion Tree Tsunami (10BTT) project which is the most ambitious afforestation initiative in the history of the nation," said Adviser to the Prime Minister on Climate Change Malik Amin Aslam in an exclusive talk with APP.

He said the 10BTT project was the only initiative of the government with all provinces on board who had submitted their individual PC-Is and with indigenous plantation targets to revive depleting green cover.

Amin said the initiative had penetrated the socio-economic fabric incredibly as it had provided green jobs to unemployed youth and impoverished women in the rural and farflung areas. "The billion tree tsunami project alone generated 5 lac or 0.5 million jobs alone where impoverished women mainly widows, orphans and people from marginalized community raised plantation nurseries and earned around Rs1,00,000 to Rs650,000." He added that this time the project due to COVID-19 outbreak and lockdown to contain the pandemic halted the plantation during spring season. However, the Prime Minister's COVID-19 Relief Tigers Force would assist the plantation project in various districts across the country.

Amin mentioned that the volunteers of the Tiger Force would be involved on need basis by the relevant district administrations across the country. 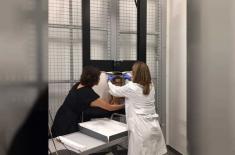