PPD To Issue Commemorative Stamp On Edhi At Independence Day

ISLAMABAD, (UrduPoint / Pakistan Point News - 23rd july,2016) : Pakistan Postal Department would issue a commemorative stamp to give tribute to renowned social worker Abdul Sattar Edhi on August 14. Pakistan Post issue special stamps at Independence Day annually and this year till now two stamps are finalized to mark the day including one in the honour of Abdul Sattar Edhi and other one in connection with 70th Independence Day.

The domination of the stamps is not finalized yet but the rough draft of Edhi stamp has been prepared, he informed.

The draft has a pencil sketch of the great volunteer, which is now in the process of final approval from the high ups of the department, he added. A write up would be prepared for the stamps which would forwarded to Ministry of Communication and Postal Services for consideration, he said while explaining the process of issuance of a stamp. Later it would be presented to Prime Minister for final approval, he informed. 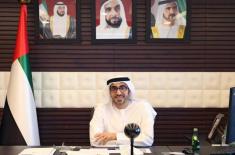