LAHORE, (UrduPoint / Pakistan Point News - 4th May, 2019 ) :Prime Minister Imran Khan on Saturday said it was necessary to preserve the national heritage and culture for the next generations.

Speaking at the inauguration of the resurrected Mughal era Picture Wall here at the Lahore Fort, he said when the nations knew of their glorious past, they were destined to greatness. The heritage was a source of national pride.

The 'Picture Wall' is a 17th century monument which has been restored to its original grandeur after years of toil by the local and foreign archaeologists through the technical assistance from some foreign countries, including Norway.

The prime minister regretted the neglect of the past rulers due to which historic monuments deteriorated in the country. The foreign countries, including neighbouring India, had preserved their heritage successfully. Pakistan could learn a lot from the Indian experience after improvement in bilateral relations, he added.

The prime minister said the government had divided tourism into different sections, including architectural, nature and religious. Pakistan was home to the oldest Bhuddist, Hindu, Sikh and Islamic civilizations.

India, he said, would be a great tourism client as the relations between the two neighbouring countries were destined to improve. Similarly, there was immense interest from China, Japan, Korea and other countries and it was a good omen for the country's tourism industry.

He also stressed the need to explore Sufi tourism.

He said the Northern Areas of Pakistan were double in size than Switzerland and all remained unexplored.

He said no hill resorts were developed after the British departed in 1947. His government was developing 30 new hill resorts, he added.

He said the government would allocate funds for the development and preservation of heritage and nature.

The prime minister also hinted at preserving the historic palaces in the country and turning them into hotels on Indian model. It could earn precious foreign exchange.

Imran Khan acknowledged the role of Kamran Lashari in preserving the historical heritage in Lahore and tasked him to work for the preservation of Bala Hisar Fort and the ancient old city of Peshawar.

Earlier, Director General (DG) Walled City of Lahore Authority (WCLA) Kamran Lashari briefed the prime minister on the preservation of various parts of the Lahore Fort and other heritage sites in the city. He thanked Agha Khan Foundation, USAID and donor countries, including Norway, for supporting the preservation work in the country.

Lashari said the Picture Wall was the largest preserved heritage wall in the world and more work was being undertaken to preserve rest of the wall.

Later, the prime minister laid bare the Mughal-era Picture Wall plaque. He was shown round the different preserved sites of the Lahore Fort, including the Royal Kitchen. A Sufi music night followed by a dinner were also arranged for the guests. 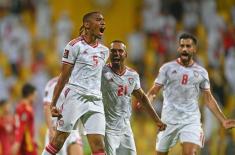 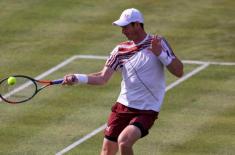