The PTI made history in the Senate polls by securing 10 seats from Khyber Pakhtunkhwa, two from Sindh and one from the Federal Capital in the elections held on Wednesday while its five candidates were already elected unopposed from Punjab.

PTI's Dost Muhammad Khan and Muhammad Hamayun Mohmand were elected senators on the two seats of technocrats by securing 59 and 49 votes respectively. The lone seat for non-Muslims was also clinched by PTI's Gurdeep Singh, who got 103 votes.

PTI's Sania Nishtar and Falak Naz emerged victorious by getting 56 and 51 votes respectively on two women reserved seats from KP.

Likewise from the Federal Capital, PTI's candidate Fozia Arshad won the woman seat in Senate by securing 174 votes while PML-N Candidate Farzana Kausar got 161 votes and five votes were rejected.

However, the joint opposition candidate Syed Yusuf Raza Gilani won the general seat from Islamabad by securing 169 while his opponent Minister for Finance Abdul Hafeez Sheikh of PTI received 164, and seven votes were rejected.

In Sindh, the PPPP secured seven seats while the PTI and the MQM-P clinched two seats each. Those, who won the Senate seats included Saleem Mandviwalla, Sherry Rehman, Jam Mahtab Dahar, Taj Haider and Shahadat Awan of PPPP, Federal Minister Water Resources Faisal Vawda of PTI and Faisal Subzwari of MQM-P. Palwasha Khan of PPPP and Khalida Ateeb of MQM-P were elected on women seats), and Farooq H Naek of PPPP and Saifullah Abro of PTI on technocrats seats.

In Balochistan, the PTI's coalition partner BAP clinched five seats, followed by two each by the JUI-F and independents, and one each by the BNP and the ANP. Those, who won on the general seats included Sarfaraz Bugti, Manzoor Ahmed and Prince Ahmed Umer Ahmedzai of the BAP, Maulana Abdul Ghafoor Haideri of the JUI-F, Muhammad Qasim of the BNP, Umer Farooq of the ANP and Abdul Qadir (independent). Saeed Ahmed Hashmi of the BAP and Kamran Murtaza of the JUI-F wone the technocrats seats, and Samina Mumtaz of the BAP and Naseema Ehsan (independent) women seats. 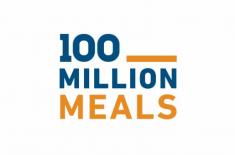