ISLAMABAD, Jan 6 (UrduPoint / Pakistan Point News - 06th Jan, 2017 ) : Lawyers of Pakistan Tehreek-e-Insaf (PTI) have told a lie in the court in Panama case and misled the masses through submission of unverified documents.

PTI has failed to prove dependency of Maryam Nawaz in the court, Pakistan Muslim League Nawaz (PML-N) Leader, Muhammad Tallal Chaudhry said on Friday. Talking to mediapersons outside the Supreme Court after hearing of Panama case here, he said, PTI lawyers have resolved half of the case as they were connecting the assets with Muhammad Nawaz Sharif.

He said that it was the responsibility of the PTI to prove ownership of Sharif family's flats in London before 2006 because it was their blame. "We did not change our stance. What we said we will prove it in court," he said.

He asked the nation to observe Friday as "Hidayat Day" for Imran Khan and we all will observe next Friday as "Thanks Day." PTI Chairman Imran Khan should understand that mere allegations are not enough and he has to present solid evidences in the court to prove them. 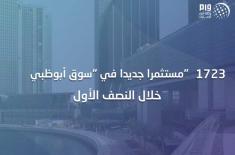