(UrduPoint / Pakistan Point News - 02nd Jan, 2017 ) Shah here on Monday directed the provincial home secretary to shift the anti-terrorism courts (ATCs) from Clifton to Central Jail in Karachi. Chairing the 18th meeting of the Sindh Apex Committee which discussed the law and order situation in the province, he observed that it was difficult to spare 600 policemen every time a criminal had to be presented before the ATC.

The meeting among others was also attended by the Director General of Sindh Rangers, Maj Gen. Muhammad Saeed. Sindh Home Secretary Shakeel Mangnijo briefing the committee members mentioned that no less than 19 cases were being currently heard by military courts and that nine more cases have been cleared to be sent to these courts.

Expressing his concern about such criminal incidents in the metropolis, Syed Murad Ali Shah sought close coordination between Police department and Rangers to address the issue.

Complaints registered by citizens via helpline with regard to street crimes must be promptly responded, said the Sindh Chief Minister. Syed Murad Ali Shah also sought joint operation against drug mafias and said progress made in this regard must be communicated to him on daily basis. 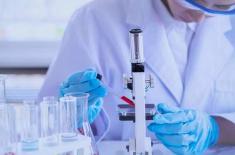