At the concluding session, they adopted a set of recommendations for social reformation of society through innovative and applied research. The conference on the topic of `Research on Post-Modern Times' held threadbare deliberation in its working sessions and underlined the need of strengthening the role of academia in solution of multiple socio-economic problems faced by the country.

Addressing the concluding session, Vice Chancellor AIOU Prof. Dr. Shahid Siddiqui announced that the conference would be an annual feature, bringing together scientists from home and abroad to review theoretical development in the field of social sciences that meets demands of the modern times.

He spoke in detail about the recent initiatives taken by the University in promoting research culture and linking the same with the welfare of the society. Dr. Siddiqui also deliberated upon the importance of language in promoting indigenous values, culture and literacy.

The language, he added also had a dominating role in construction of realities and knowledge.

Language and literature, he contended had been used as a tool to maintain hegemony in power politics.

The speakers including Director General urdu Science board, Lahore and Dean Social Sciences Dr. Syed Abdul Siraj called for laying greater focus on reviewing theories, adding interpretative and inter-related methodologies should also be considered along with the statistical models.

Social Scientists need awareness of global trends. All disciplines in social sciences are equally important and should be recognized at par with other disciplines,they added. They also underlined the need of qualitative paradigm shift of research in development of social sciences.

Socio-sector development is most important area for the overall progress of the society that could be well achieved through freedom of expression, thoughts and choice. Dr. Nasir Abbas Nayyar also presented a key-note address on grand narratives of social sconces.

Dr. AbduL Siraj hoped that the conference's deliberations will be inspire the social scientists to play pro-active role in the socio-economic development. The recommendations were presented by the event's Coordinator Dr. Samina Awan who also highlighted the details of the research papers presented in the conference. 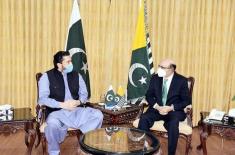 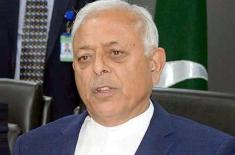