HYDERABAD, Jan, 6 (UrduPoint / Pakistan Point News - 06th Jan, 2017 ) : The Sindh University Officers Welfare Association (SUOWA) has demanded the conduct of a fair inquiry into the mysterious death of a female student Naila Rind, who was found hanged in the hostel room.

The association put this demand top on the 13 points "Charter of Demands" which discussed, finalized and submitted to Acting Vice Chancellor University of Sindh Muhammad Siddique Kalhoro on Thursday evening, according to a press release.

In its demands, the association demanded judicial inquiry into the incident as saying for impartial and independent investigation, it is necessary that a high level judicial commission should be constituted to find the cause of death of the final year student Naila Rind.

The other demands included due promotions of officers, issuance of rectified seniority lists, removal of incharges, conveners from the various sections, award of next higher grades to the officers as well as computer programmers completing 5-year of service as illustrated in varsity code and allotting proper offices to the officers working in different directorates.

The association warned that if the university management failed to accept these demands then a strong movement including filing petition in the court of law would be launched. APP/jvd/abd/rn 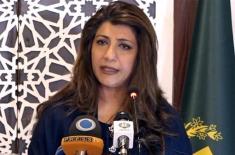 Pakistan to stand by Kashmiris till realization of .. 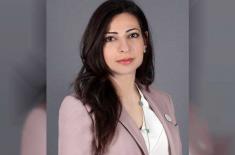 MoF completes phase one of the e-Dirham system tra ..

Moon Observatory to be set up in Islamabad, says F ..