Turkish President Announces To Take Trade Level  Up To $ 5 Billion

President Erdogan has also announced to enhance defence cooperation between Pakistan Turkey, saying that Pakistan is his second home and they will continue efforts for strengthen our relations.

ISLAMABAD: (Urdu Point/UrduPoint / Pakistan Point News-Feb 14th, 2020) Turkish President Recep Tayyip Erdogan on Friday announced to take level of trade between Pakistan and Turkey to 5 billion Dollars, saying that the current status of trade between both sides is less than their capacity.

President Erdogan said that there is huge investment by Turkish companies in Pakistan but wanted to extend the business relation between both sides.

He expressed these views addressing Pak-Turk Business Forum held in Islamabad. “We are going to enhance defence cooperation with Pakistan,” said the President. He said Turkey also faced tough economic conditions but they overcame this issue with courage and struggle. For health care, he said, Pakistani people could come to Turkey.

“Many people travel to Turkey for treatment but I noticed that Pakistani people prefer the west,” said President Erdogan.

He also stated that these meetings and visits would strengthen bilateral relations between both sides. Before his speech, he also thanked Pakistan for arranging excellent hosting ceremony. The Turkish President said that they would also support Pakistan in the field of Film making.

Prime Minister Imran Khan has asked Turkey to invest in tourism, saying that there are many mines in different parts of the country for the investment.

He vowed that they would try their best to boost trade relations between Pakistan and Turkey. He welcomed President Recep Tayyip Erdogan who was present there at Pak-Turk Business Forum.

“President Erdogan is very popular in Pakistan. He will win the election if he contest,” said the PM while giving reference of public love for Turkish President.

The PM also came hard upon media during his speech at the Business Forum, saying that there would be lot of damage if media attacked a country. “I visited China and I was informed that some newspapers ran wrong news about CPEC,” said the PM, adding that “I faced trouble but I explained them everything,”.

He said they have strong historic relation with Turkey and wanted to extend their cooperation in different sectors. 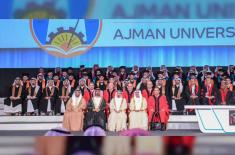 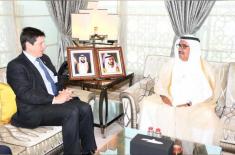 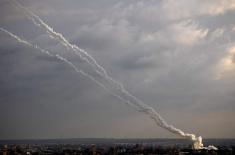 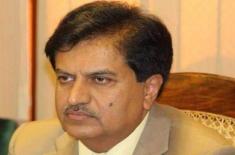 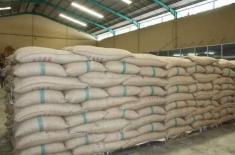