Uplift Of Oppressed Class Is Dream Of PM In Pakistan: PTI MNA

KARACHI, (UrduPoint / Pakistan Point News - 20th Feb, 2021 ) :Pakistan Tahreek-e-Insaf PTI MNA and Parliamentary Secretary on Human Rights, Lal Chand Malhi said that it was the dream of Prime Minister of Pakistan, Imran Khan to uplift the oppressed class of society in the country.

He expressed such views while talking to APP over telephone on Saturday.

All possible efforts are being taken by the government to support the vulnerable groups, PTI MNA reiterated, adding that 175000 families from Tharparkar district had received fanatical support of Rs.12000 in cash during corona-virus.

The distribution of said amount was made without any political involvement and without any kind of discrimination on basis of color, caste and religion, Lal Chand Malhi reaffirmed.

PTI MNA further informed that the survey of Khushal Pakistan was in its last the stage and after this, the government would bear the educational expenses of poor families' children.

Appreciating the efforts by Prime Minister Imran Khan and Foreign Minister, Makhdoom Shah Mahmood Qureshi for welfare of oppressed people, Malhi said that the government had given the Sehat Card to each family in Tharparkar district, under which each family had health insurance facility worth of Rs.700,000.

It is only district Tharparkar in Sindh province where Sehat Card had been provided, he added, saying that the work on 100 plants, announced by Prime Minister, would soon start.

He demanded from Sindh government to fulfill its responsibility and provide water, health, education and other facilities to the people of Thar.

The representatives of Pakistan Peoples Party (PPP) were missing after elections held in Tharparkar, he blamed, urging that the people should wake and raise their issues.

Raising the issues of Leader of the Opposition in Sind Assembly, Haleem Adil Shaikh, he said that the opposition in the Sindh province was being politically victimized. 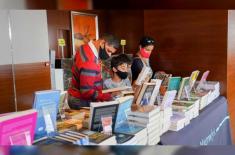 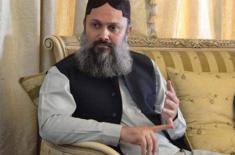 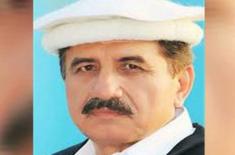 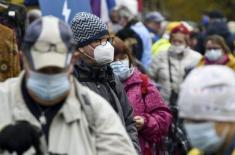 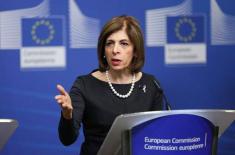 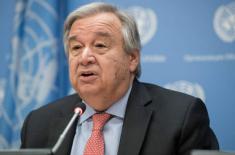 UN Chief Urges Donors to Give 'Generously' to Meet ..