Rome, (APP - UrduPoint / Pakistan Point News - 27th Feb, 2021 ) :Ireland got their first Six Nations win this campaign with a 48-10 victory over Italy as the hosts fell to their 30th consecutive defeat in the tournament.

Tries from Garry Ringrose, Hugo Keenan and Will Connors lifted the Irish 27-10 at half-time.

And CJ Stander, Connors, Keith Earls added three more after the break for a bonus-point win for the Irish who had lost their opening two games against France and Wales.

Captain Johnny Sexton marked his return with 18 points on the day in the Stadio Olimpico.

"Thankfully we got victory we were desperate for," said Sexton.

"Proud of the way we stick together and very happy to come to a tough place like this and win in such a manner." The Italians had started brightly with fly-half Paolo Garbisi scoring first with an opening penalty.

Johan Meyer had revived Azzurri hopes just before the break with a try which Garbisi converted for their only points of the day.

Italy's six-year drought continued as Franco Smith's side are without a win in the tournament since beating Scotland in Murrayfield back in 2015.

The Azzurri have not beaten Ireland since 2013 with Irish trio Iain Henderson, Dave Kilcoyne and Cian Healy the only survivors of that clash on duty on Saturday.

Ireland coach Andy Farrell had made seven changes, experimenting with an all-new front row after a 15-13 defeat to the French and 21-16 loss to Wales with an all-Leinster back line.

Smith was forced to make a last-minute Italy shuffle from his unchanged side which had shown some signs of life in a 41-18 defeat to England, with scrum-half Callum Braley replacing Stephen Varney.

Sexton returned after recovering from a head knock to make his 50th Six Nations appearance with Robbie Henshaw taking to the field first to mark his 50th cap.

Fly-half Garbisi, 20, scored first as he had done on his senior debut against the Irish in Dublin last October.

But the hosts failed to make the most of their early pressure and Sexton replied with a penalty two minutes later.

The Italians staved off a series of Irish drives at the line before Jamison Gibson-Park sent it to the backs and Ringrose went over for his ninth try in 33rd test.

Sexton converted and the Italians' defence paid for ill discipline conceding 10 points in a five-minute spell.

Ringrose set up Keenan who burst through to touch down after half an hour for his fourth try in his ninth test, having scored two on his debut against Italy in October.

Meyer threw Italy a lifeline after Ireland paid for poor defending with Garbisi sending through for the South African-born flanker.

Stander extended the Irish advantage and looked to have scored a second try after the hour but it was ruled out following a knock on from Kelleher on the ground.

But Connors went over five minutes later for his third international try.

Scrum-half Craig Casey and lock Ryan Baird, both 21, both came off the bench after an hour for their first Ireland caps.

Italy were then hit by captain Luca Bigi picking up a yellow card as the Irish pushed forward.

James Lowe went over following a Casey short pass which was ruled to have been forward.

Casey and Sexton then combined to set up Earls to touch down in the corner with Sexton capping the rout with the conversion before the final whistle. 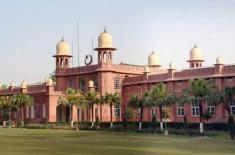 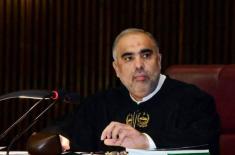 National Assembly Speaker to raise the issue of bl .. 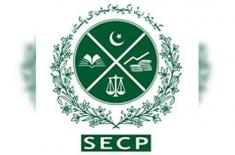