Charlo dropped Hogan with an uppercut in the fourth round, but Hogan beat the count and withstood a furious follow-up.

But Charlo, who improved to 30-0 with 22 wins inside the distance, continued to press and when he sent Hogan down again with a left hook in the seventh it was over, winning by technical knockout 28 seconds into the round.

"I just threw the shot," said the champion, who was coming off a unanimous decision victory over Brandon Adams in June. "I made sure that I landed right on the money." Hogan, who kept one hand on the ropes as he was sent sprawling backwards, was able to rise, but he was still wobbly on his feet and the referee called a halt.

Hogan suffered his first knockout loss, falling to 28-3 with one drawn.

On the undercard at Barclays Center in Brooklyn, Britain's Chris Eubank Jr. claimed the World Boxing Association interim middleweight title when Russian Matt Korobov suffered a left shoulder injury in the second round.

The fight ended suddenly when Korobov threw a straight left, hurt his shoulder and was unable to continue.

In the first bout of the night, Japan's Ryosuke Iwasa scored an 11th-round technical knockout over Marlon Tapales of the Philippines for the International Boxing Federation interim super bantamweight title.

Iwasa, a former holder of the full version of the IBF title, improved to 27-3 with 17 knockouts while Tapales fell to 33-2.

Iwasa was credited with a knockdown in the third round when he and Tapales clashed heads. He sent Tapales down in the 11th with a big left and the fight was halted. 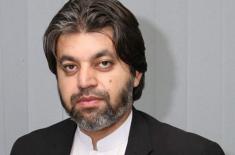 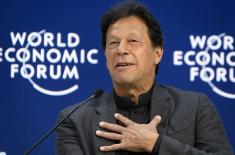 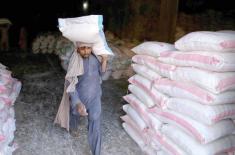 Special stall set up to provide wheat flour on fix .. 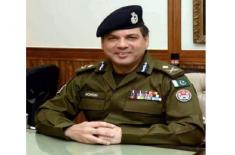 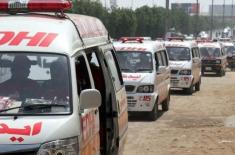 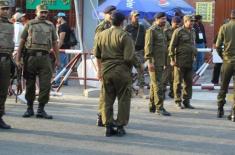