Aliyev Says Use Of Iskander Missiles Not Registered During Karabakh Conflict

BAKU (UrduPoint News / Sputnik - 26th February, 2021) Azerbaijani President Ilham Aliyev said on Friday that the use of Iskander missiles was not registered during an armed conflict in Nagorno-Karabakh in the fall and called Armenian Prime Minister Nikol Pashinyan's controversial comment about the alleged failure of Russian-supplied missiles an "anecdote".

"We did not see the Iskander missile launch. When the statement was made, we asked again, but no - we did not see it. It's just another mistake, of which there have already been many in public, a comedic statement, an anecdote," Aliyev said during a press conference. 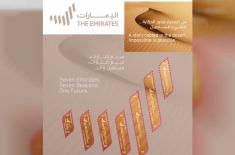