According to the New Zealand Herald newspaper, Tarrant has admitted his guilt in a televised address to the court's hearing.

On March 15, 2019, New Zealand was rocked by two mass shootings at Al Noor Mosque and the Linwood Islamic Center in the central city of Christchurch. The tragedy left 51 people dead and approximately 50 others injured. The attacker live-streamed the massacre on Facebook, and the video later appeared on other online platforms. 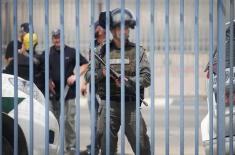