The World Health Organization (WHO) officially classified the outbreak of the novel coronavirus respiratory disease (COVID-19), which, by definition, means that the virus epidemic has the potential to spread worldwide

MOSCOW (UrduPoint News / Sputnik - 12th March, 2020) The World Health Organization (WHO) officially classified the outbreak of the novel coronavirus respiratory disease (COVID-19), which, by definition, means that the virus epidemic has the potential to spread worldwide. The current coronavirus outbreak is the first pandemic in human history caused by this family of viruses.

WHO Director General Tedros Adhanom Ghebreyesus told reporters on Wednesday evening that the organization was deeply concerned with a growing number of cases and deaths across the globe, noting that the outbreak's classification as a pandemic did not mean any changes to approaches of WHO or countries around the world to handling the outbreak.

As of Thursday, the number of confirmed COVID-19 cases has suppressed 127,000 globally affecting 116 countries and regions, according to John Hopkins University. The WHO believes that the number of cases, fatalities and affected countries could further grow in the near future.

HOW IS THIS PANDEMIC DIFFERENT FROM THOSE IN THE PAST?

Throughout its history, humanity has experienced a number of significant epidemics and pandemics, including most notorious 14th century Black Death and 1918 Spanish flu outbreaks, each of which claimed the lives of tens of millions of people worldwide.

However, the current COVID-19 pandemic will unlikely result in such dramatic mortality thanks to modern medical technologies, according to Dr. Emma Bartfay, a professor of epidemiology at Ontario Tech.

"Any disease outbreaks are potentially dangerous, especially if it is a new disease that we never experienced before. I mean anything could be possible, but given the advance in medicine we have now, I would highly doubt to see tens of millions of deaths due to COVID-19, as what we saw with the plague or the 1918 Spanish flu," she told Sputnik

The expert asserted that another key difference between the current pandemic and the past ones is the spread of information about the outbreak, especially the false one.

"There is, unfortunately, a lot of exaggerated and misinformation circulating often from unverifiable sources in social media about this novel coronavirus and the disease itself. As a result, it generated a lot of unnecessary anxiety. I would argue that, the fear, stigma, discrimination and misinformation experienced in certain ethnic groups pose as much a threat as the disease itself,"

In the first weeks of the outbreak, when the virus was largely contained within China's borders, we have witnessed alarming stigmatization and discrimination towards Chinese and other Asians. The virus spread prompted hoarding and panic shopping in affected areas and resulted in shortages of masks, hand sanitizers and even toilet paper in some countries, most notably, Australia and Japan.

COULD THE PANDEMIC HAVE BEEN AVERTED?

For weeks, the WHO has been warning that "the window of opportunity" was narrowing and urged countries across the globe to take aggressive measures to contain the virus. Even though many countries have put strict containment measures in place, some nations are still failing to adequately respond to the threat, according to the UN health agency.

"Despite our frequent warnings, we are deeply concerned that some countries are not approaching this threat with the level of political commitment needed to control it," Tedros told the mission briefing on Thursday, as quoted by WHO's website.

Dr. Bartfay noted that the global spread of COVID-19 could not probably have been prevented from evolving into a pandemic as such, but added that, with hindsight, countries could have done "more and quicker."

"But our modern lifestyle means people are constantly moving around, it would have been very difficult to impose the drastic measures that we see today and expect people to adhere to them at the beginning of the outbreak," she stressed.

Aggressive measures are being taken by governments around the world to prevent the virus from spreading in their territories. A number of countries and regions affected by the outbreak have limited movements within their borders, adopted special surveillance and screening measures, closed schools and kindergartens and advised companies to let their employees telecommute to minimize the virus transmission. A number of international organizations are canceling their face-to-face meetings, sometimes opting for video conferences.

Authorities in Italy, the most severely affected country in Europe, have put the whole nation on lockdown, closing bars, pubs, restaurants and all trading enterprises, except for essential goods stores, pharmacies, until late March.

In an effort to prevent the importation of COVID-19 cases, countries are also limit travels to the affected regions and introduce mandatory quarantine for arrivals from these areas. The US authorities went as far as suspending all travel from Europe for a month.

As part of a social distancing strategy to curb the spread of the virus, major international events, including shows for Paris and Milan's fashion weeks, Geneva Motor Show, Mobile World Congress, Coachella and Stagecoach music festivals and dozens of other events, have been either canceled or postponed. Musicians and performers are canceling their tours and concerts, and even the world premiere of James Bond saga's new movie, No Time to Die, was not spared and was moved to November.

The coronavirus epidemic has hit the sports industry hard as well. Football matches and tournaments are being canceled, postponed and held behind the closed doors across Europe. The Quebec government canceled the much-anticipated World Figure Skating Championships, which was due to take place in Montreal next week. The Ice Hockey Women's World Championship, which was expected to be held in Canada too, was canceled as well. North America's National Basketball Association decided to suspend the season on Wednesday after a player of the Utah Jazz team tested positive for the virus, and the International Basketball Federation followed suit on the following day announcing the suspension of all competitions amid fears over the further spread of the virus.

The fate of this summer's two major sporting events, the Tokyo Olympic Games and the UEFA European Football Championship still hangs in the air.

"By cancelling events where large gatherings are expected, you limit close contacts among people. So, it would certainly help slow the spread," Dr. Bartfay of Ontario tech said.

Even though over 20 vaccines are being developed globally and clinical trials are underway for therapeutics and researches in the US and the UK have started hiring volunteers for vaccine trials, vaccine approval, if trials succeed, could be months away.

Curbing the virus spread through aggressive measures would buy time for developing a vaccine and treatment, according to Dr. Bartfay.

Tight containment measures will likely remain in place as long as the virus spread continues. However, China's top epidemiologist Zhong Nanshan suggested on Thursday that the coronavirus pandemic may end as early as June if most affected countries take aggressive measures.

The COVID-19 was first detected in Wuhan, China's Hubei province, in late December, and has since spread worldwide. The WHO declared a global health emergency over the outbreak in late January. The number of cases is growing rapidly in Italy, Iran and South Korea, whereas in China they started to decline in the past days. 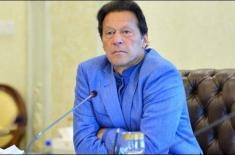 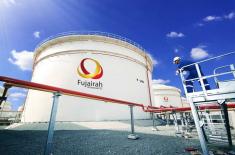 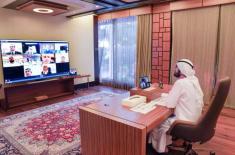 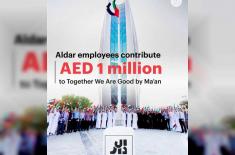 Aldar employees contribute AED1m to ‘Together We .. 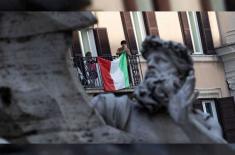 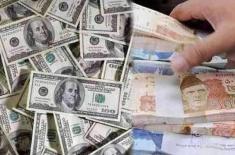 US dollar intends to decline against Pakistani rup ..