In a shock ruling, a panel of Supreme Court judges said that Board of Control for Cricket in India (BCCI) president Anurag Thakur and the organisation's number two Ajay Shirke had to stand down immediately.

"The Supreme Court passes an order directing the BCCI president and secretary to desist from any board functions from hereon," said the ruling. The order comes after judges also slapped restrictions on the BCCI's accounts last year over its failure to implement a series of reforms recommended by a panel headed by a former top judge, Rajendra Mal Lodha.

Cricket's massive popularity in India has helped the BCCI become by far the wealthiest of all of cricket's national boards, netting massive money from sponsorship and tv deals.

But it has also been embroiled in a series of scandals, including accusations of corruption and match-fixing that tarnished the Indian Premier League (IPL), the board's lucrative Twenty20 competition.

A corruption and match-fixing scandal in the sixth edition of the IPL in 2013 brought about the downfall of the board's president Narayanaswami Srinivasan after his son-in-law was accused of betting on matches.

Two of the eight franchises in the IPL were suspended as a result of the scandal, including the Chennai Super Kings which was owned by Srinivasan's India Cements company. The elevation of Thakur and Shirke had been seen as representing a break with the past.

But the board's reluctance to implement Lodha's recommendations, which included age limits and term limits on office-bearers, had triggered a number of legal battles. 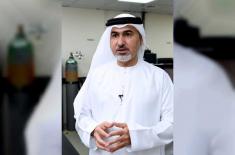