Denmark's government said on Tuesday it was considering repatriating the children of Danish jihadists in Syria, changing tack as numerous European countries grapple with what to do

Copenhagen, (APP - UrduPoint / Pakistan Point News - 30th Mar, 2021 ) :Denmark's government said on Tuesday it was considering repatriating the children of Danish jihadists in Syria, changing tack as numerous European countries grapple with what to do.

Copenhagen announced it had set up a commission to study the conditions for the children's potential return to Denmark "as soon as possible", the foreign ministry said in a statement.

The government is concerned about the risk of radicalisation if the children languish in the Kurdish-controlled camps in Syria.

The commission is to present its conclusions on May 15.

A total of 19 children of Danish nationals are currently in the al-Hol and Roj camps in Syria.

Denmark's minority Social Democratic government had until now been firmly opposed to their repatriation, but a majority of MPs insisted it change its position because of the humanitarian situation in the camps and the risk of radicalisation.

A recent poll showed 49 percent of Danes were opposed to the repatriation of children aged one to 14.

In mid-March, the "Repatriate the Children" organisation had filed a complaint to police against the government, saying it was "putting children's lives in danger".

"The situation in the camps continues to deteriorate. The security and health conditions are poor, and there is a widespread lack of basic services, including medicines, healthcare and drinking water," said the ministry.

"This affects the children -- who in contrast to their parents are not responsible for their current situation -- particularly hard." Prime Minister Mette Frederiksen has meanwhile reiterated in recent days that the parents would not be repatriated.

"We are still of the opinion that those who turned their backs on Denmark should not be helped by the Danish government, nor anyone else, to return to Denmark," she said.

Some 43,000 foreigners are currently being held in northeastern Syria, with the men detained in prisons and the woman and children held in camps, according to Human Rights Watch.

European countries have taken different positions on the matter. Belgium said in early March it would do its best to repatriate some 30 Belgian children from Syria. 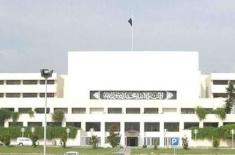 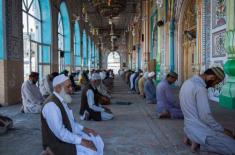 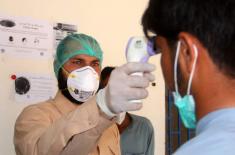 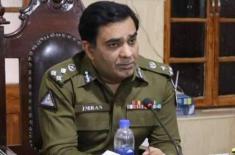