EU, US Move To End Steel Row And Point To China

The EU and US took a step towards a post-Trump trade truce on Monday, agreeing to hold talks to end a tit-for-tat feud over steel and aluminium tariffs

Brussels, (APP - UrduPoint / Pakistan Point News - 17th May, 2021 ) :The EU and US took a step towards a post-Trump trade truce on Monday, agreeing to hold talks to end a tit-for-tat feud over steel and aluminium tariffs.

The Europeans will, in addition, temporarily suspend a plan to increase tariffs on the US, the EU said.

The peace offering is the latest chapter in a row that began in June 2018 when then US president Donald Trump imposed tariffs of 25 percent on steel and 10 percent on aluminium from Europe, Asia and elsewhere.

Brussels responded with counter-tariffs on 2.8 billion Euros worth of iconic US products, including bourbon whiskey, jeans, orange juice and Harley-Davidson motorbikes.

The EU was planning to increase those counter-tariffs on June 1 but, given the easing of tensions with the Biden administration, will now refrain from doing so.

In return, both sides have agreed to talk about the overproduction of steel, which has helped depress prices as output -- mainly from China -- has flooded the global market and put steel plants in difficulty.

This would be a fresh attempt to pressure Beijing after years of on-and-off international talks to address China's steel overproduction delivered no result.

- 'China to account' - While never addressing the Trump tariffs specifically, the statement said both sides "agreed to avoid changes on these issues that negatively affect bilateral trade".

This alignment, it added, means the EU and US "can partner to.

.. hold countries like China that support trade-distorting policies to account." The Europeans had hoped that the US would commit further to the truce and had offered to suspend all metals-related tariffs for six months as they pursued a longer term solution.

Another official cautioned however that even if "the tone is more friendly... the policy issues have not changed" with the change in administration.

"It's not the case that we have now a rosy picture or everything now turns to be to be in bright colours," the official added.

Despite being a Trump policy, the tariffs have proved politically popular in steel producing states in the US midwest and the Biden administration has for now decided to keep the protections in place.

EU trade ministers meeting on Thursday will discuss the matter in a video call with Tai.

German MEP Bernd Lange, who heads European Parliament's trade committee, said Europe must remain vigilant on Washington's reluctance to end the tariffs and pointed to a meeting between President Joe Biden and the EU chiefs next month in Brussels.

Lange said Europe's "gesture needs to be reciprocated" by Washington at the EU-US summit.

"If not, rebalancing tariffs," he warned, in reference to the tariff hike that was temporarily suspended for as much as six months by the EU.

In an earlier sign of d�tente, both sides in March suspended punitive tariffs in the separate, two-decade long dispute over aircraft manufacturers Airbus and Boeing.

Yet another fight -- this one over digital taxes slapped on US big tech by France, Spain and other EU nations -- has also mellowed, with US tariffs suspended and all sides pursuing a global solution at the OECD. 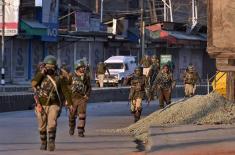 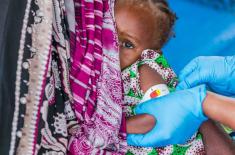 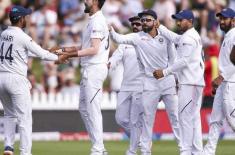 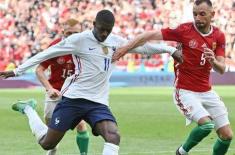 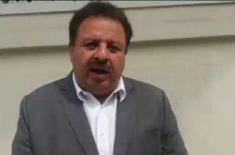 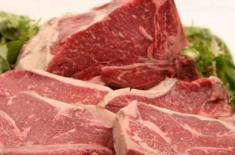