With the European Union's sea operation enforcing the arms embargo on Libya in its second month, neither of the warring sides appears to be running out of ammo

BRUSSELS (UrduPoint News / Sputnik - 19th May, 2020) With the European Union's sea operation enforcing the arms embargo on Libya in its second month, neither of the warring sides appears to be running out of ammo.

On the back of the Libyan war marking a new chapter of bloodshed, German news agency DPA reported that Berlin has approved arms exports worth 331 million Euros ($362 million) to countries accused of supporting warring parties in Libya.

Even the coronavirus pandemic could not halt the flow of weapons into what has essentially become a testing ground for weapons, which are dime a dozen in the streets of Tripoli.

"Libya is becoming the testing ground for all kinds of new and banned weapons... [we] urge the immediate cessation of all military operations in order to de-escalate the situation and prevent an all-out conflict," Stephanie Turco Williams, acting UN Special Representative for Libya said earlier this month.

"We call once again on all UN Member States to respect and uphold the UN arms embargo, to discontinue the influx of foreign fighters into Libya and to refrain from destabilizing actions that could further deteriorate the already fragile situation in the country," Borrell said in a statement.

The main achievement of January's Berlin Conference apart from a peculiar family photo of world leaders without the main Libyan belligerents was the announcement of the EU's commitment to enforcing the arms embargo on Libya through a maritime mission.

Operation Irini was launched by the end of March, after much deliberation from the different European sides over the resources they were willing to commit.

The EU's top diplomat, Borrel, however, espoused the mission as Europe's commitment to upholding the embargo.

"Diplomacy cannot succeed unless it is backed by action. The UN arms embargo on Libya needs to be effectively enforced...Launching Irini is a strong signal of the EU's commitment to support the Berlin process, restore stability in Libya and bring peace to its population," a statement from Borrell read.

It wasn't long before reports began to emerge that the European peace-brokers are themselves enmeshed in the arms trade networks that indirectly feed into Libya.

Between January 20 and May 3, Germany approved 308.2 million euros in arms destined for Egypt alone, among them was the delivery of the S-43 submarine, the DPA reported, citing an internal Ministry of Economy report.

Germany exports 24 percent of its weapons to the middle East. In 2019, German arms exports increased by 65 percent from January to mid-December 2019, compared to 2018, and reached a record 7.95 billion euros, according to figures from the Ministry of the Economy.

France is also a major player in the region, delivering a Mistral-class helicopter carrier to Egypt and Rafael fighter bombers to the UAE among an arsenal's worth of exports.

France was caught in a bind when pro-Tripoli forces in July 2019 discovered an arms depot abandoned by the Libyan Nation Army that included US-made Javelin anti-tank missiles initially sold to France.

France has since admitted that the weapons belonged to its military but declined to explain how they ended up in the Libyan deserts, maintaining it had not sold them to the LNA.

France's purchase of the armament was purportedly intended for its troops in Afghanistan and included an agreement between the two countries that France is not authorized to pass them on to a third party.

Although the issue does not garner much attention in France, the German public is sensitive about arms exports and the issue is spoken of frequently in the country's media and civil society.

"How mendacious is a policy that emphatically demands compliance with the United Nations arms embargo against Libya and in the months after that helps itself to circumvent this arms embargo?" Jurgen Grasslin, spokesman for Global Network - Stop the Arms Trade NGO, told Sputnik.

Jalel Harchaoui, a Libya specialist at the Clingendael Institute for International Relations, believes Turkey's expansive military support for the Government of National Accord is part of a marketing ploy to break into the ranks of major arms producers and exporters.

"When Turkey decides to go on an adventure in Libya, it wants to win in a spectacular way to convince all potential customers that it is a true supplier of weapons which will rise in the ranks of international sales. By seeing so many weapons coming from both sides, we tell ourselves that the conflict will never end," Harchaoui said, adding that the sheer amount of arms in Libya gives an impression that the war may never end.

The fractious nature of the Libyan civil war has not only put a wedge between Turkey and Russia, who support opposing sides but are largely allied in other issues on the international stage, but it has also highlighted cracks of division among the EU's heavy hitters.

The German Bundestag member for Die Linke, Ulla Jelpke, told Sputnik that war profiteering is the only common denominator of the different European players in Libya.

"I doubt that the EU can do anything since different EU countries are on different sides in the conflict in Libya. The EU governments only agree that the business of billions in death - with arms exports all over the world - must not be despoiled," Jelpke said to Sputnik.

The Libyan conflict, in this case, serves as another point of contention between French President Emmanuel Macron and German Chancellor Angela Merkel, whose arms sales flow to different belligerents in the war.

Italy's Lega party is chief among a bouquet of populist parties that view Libya as the ticking time bomb in terms of illegal migration from Africa.

Lega's chief, Matteo Salvini, visited Libya in the role of Deputy Prime Minister in June 2018 to reiterate his hardline stance on African migrants and push for stemming the flow on the African side of the Mediterranean.

Although Salvini has since been ousted from government, Italy's right welcomed Operation Irini's replacement of Operation Sophia, which stopped the flow of African migrants to Europe by conveniently rescuing them and sending them to Italy.

Operation Irini's success in stemming the flow of weapons into Libya currently ranks about as effective as Operation Sophia's interception of Europe-bound migrants.

Famed Lebanese scholar Ghassan Salame resigned from his post as the head of the UN Support Mission in Libya in early March, citing fatigue and health issues.

In his parting message, he underscored frustration with the quagmire that Libya had become and the sheer internationalization of the conflict.

Perhaps the most memorable moment of his tenure came not during the Berlin Conference - where he appeared rather resigned behind the negotiation table with the international patrons of the war - but some months earlier, when he addressed the UN Security Council about the 2016 arms embargo in an unusually strong tone.

"Without a robust enforcement mechanism, the arms embargo into Libya will become a cynical joke. Some nations are fuelling this bloody conflict; the United Nations should put an end to it," Salame said in his address in May 2019.

Salame oversaw Security Council members and Libya actors gather in Berlin and pledge to set up the robust enforcement mechanism.

However, he did not wait to see the implementation of that mechanism and was already retired from the position when Brussels unveiled Operation Irini.

By that token, Europe's taking of the mantle of enforcing the embargo has yet to prove itself as anything but a cynical joke. 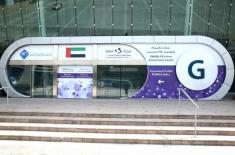 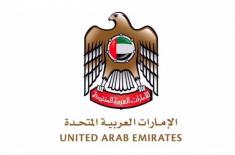 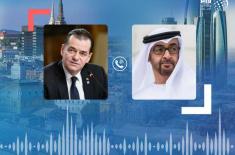 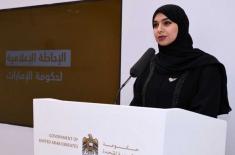 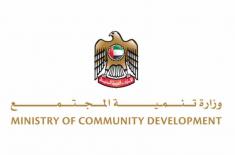 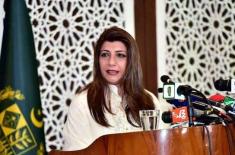 India's tyrant face exposed before world due to Pa ..