The European Union angered the United Kingdom by referring to Gibraltar as a UK colony in a draft document, while Brexit uncertainty looms over this contested territory

BRUSSELS (UrduPoint News / Sputnik - 05th February, 2019) The European Union angered the United Kingdom by referring to Gibraltar as a UK colony in a draft document, while Brexit uncertainty looms over this contested territory.

The document, which drew the ire of London, would grant UK citizens visa-free travel to the European Union even in case of a no-deal Brexit. However, it made a special reference to Gibraltar, citing the United Kingdom's and Spain's claims to the territory. The UK government said calling Gibraltar a colony was unacceptable.

Gibraltar measures 2.6 square miles and has a population of about 30,000 people. It has a very recognizable shape: a steeply inclined rock that can be seen from tens of miles around. It is self-governed, with the United Kingdom handling its defense and external affairs. Gibraltar's main revenue sources are tourism, online gambling, financial services and cargo ship refueling.

Brexit debates have reignited the slow burn argument on Gibraltar's governance. Gibraltar has been with the United Kingdom since 1704, when British troops took it from Spain. Nine years later, Madrid officially ceded control of Gibraltar under the Treaty of Utrecht. However, it has not to this day completely given up on claims to the territory.

In 2002, people of Gibraltar rejected the idea of joint Spanish-UK sovereignty for their region at a referendum, where only 1 percent of the participants backed this proposal. In 1967, Gibraltar voted overwhelmingly in favor of British sovereignty, rather than the Spanish rule.

"At the beginning of the 21st century, Gibraltarians speak more English than Spanish (with increasing English monolingualism), have full British citizenship and are no longer discriminated against based on their ethnicity; they see themselves as profoundly different culturally to Spanish people across the border," social anthropology professor at the University of Essex Andrew Canessa told Sputnik.

Steven Woolfe, a member of the European parliament from the United Kingdom, stresses that Gibraltar is "part of the British family."

"In a vote in 2002, the people of the Rock voted by 99 percent to 1 percent against any idea of sharing sovereignty with Spain. The European Union, as usual, is ignoring the democratic voice of a vote. Instead it is using the issue to try to punish the United Kingdom for Brexit," Woolfe told Sputnik.

Canessa argues, however, that Gibraltar inhabitants' attachment to the United Kingdom is based primarily on "economy and political security."

"As the United Kingdom's ability to protect Gibraltar will diminish over time and Britain will no longer be able to satisfy the aspirations of the people of Gibraltar; inevitably ties will diminish in strength and this exaggerated Britishness sentiment will fade away ... People don't realize it but until the 1930s, the Spanish peseta was the Currency of Gibraltar; what will the value of the pound sterling be tomorrow, compared to the euro?" Canessa said.

Gibraltar stirred some trouble at Brexit negotiations in November, when Spain demanded the right to have a say in any future EU-UK negotiations on Gibraltar.

Days before EU member states were expected to approve the draft withdrawal deal, Madrid threatened it would not endorse the agreement.

The United Kingdom and the European Union eventually agreed to Spain's demands and the deal was backed by EU leaders, but failed to make it through the House of Commons. With less than two months left before the exit deadline, the United Kingdom is facing a threat of leaving without a deal.

A senior EU diplomat, who preferred to remain anonymous, told Sputnik that the debate over Gibraltar was reminiscent of the 19th century diplomacy, "the Spanish having nothing to gain from a Gibraltar fight, but immediate interests seem to dominate."

Gibraltar will be in a peculiar situation after Brexit, as it shares a land border with Spain, an EU member state. Thousands of people cross this border daily for work.

"That will not change: more than 10,000 Spaniards will continue to go and work in Gibraltar tomorrow. Spain will not dare close the border in this impoverished region where jobs are essential," Janice Atkinson, a member of the European Parliament from the United Kingdom, told Sputnik.

Atkinson believes that Gibraltar, whose economy is based on financial services, has "a great potential." The financial sector of its economy can be reinforced through links to London, "which will need to reinvent itself."

"There is of course also the gambling industry that is flourishing. Spain does not have any interest in disrupting it. I see Gibraltar as a potential Singapore, with self-rule and tight links at the same time with London. Of course, it is tiny as compared to Singapore, but financial services don't need square meters, just megabytes," Atkinson said.

However, Canessa points out that besides successful "free ports" of Hong Kong and Singapore there are "depressing examples of Ceuta and Melilla," Spanish enclaves in Africa, where job opportunities are limited.

"I just want to say that the future of Gibraltar is not necessarily bright. There is physically no place in Gibraltar for manufacturing industries: too small. It could only be a financial center, which will depend on the active protection of the United Kingdom. And one may have doubts about the ability or willingness of the United Kingdom to protect the enclave when we see the evolution of tax havens like the Virgin or Cayman Islands," Canessa said.

The tobacco trade could continue, but Spain might increase taxes, Canessa added.

Nevertheless, Atkinson believes that Gibraltar will maintain its bond with the United Kingdom, adding that London will rely "more than ever on its relays across the world, mainly those from the old Commonwealth for their trade." 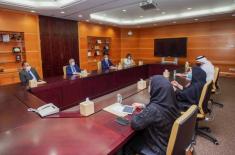 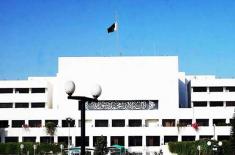 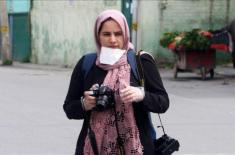 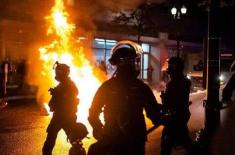 US Attorneys Offices Charge Over 300 People for Cr .. 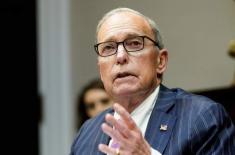 No Way Trump Will Shut US Economy Down Again Over .. 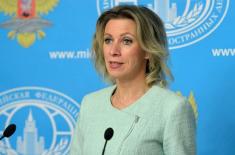