The global community should offer a firm unified response, including through UNESCO, to Turkey turning Hagia Sophia in Istanbul into a mosque, and Athens needs to champion these efforts, Alexis Tsipras, the leader of the opposition left-wing Syriza party, said on Saturday

ATHENS (UrduPoint News / Sputnik - 11th July, 2020) The global community should offer a firm unified response, including through UNESCO, to Turkey turning Hagia Sophia in Istanbul into a mosque, and Athens needs to champion these efforts, Alexis Tsipras, the leader of the opposition left-wing Syriza party, said on Saturday.

On Friday, Turkey's top administrative court, the Council of State, annulled a 1934 cabinet decree converting Hagia Sophia into a museum, which means that it can now be used as a mosque. President Recep Tayyip Erdogan immediately signed a relevant decree. The building, initially founded as a Byzantine cathedral, is expected to open for Muslim prayers on July 24.

"The international community needs to respond to this initiative decisively, including through UNESCO, and the Greek Government needs to highlight this issue on an international level," Tsipras wrote on Twitter.

The ex-prime minister, himself an atheist, described Ankara's move as a "serious provocation that undermines interfaith dialogue and blatantly violates universal values that are necessary today as ever."

"Over 20 centuries of Christianity, Saint Sophia has been the most symbolic and majestic Christian church for more than 1,000 years. Today it is being turned into a mosque again! And the global reaction is indifferent! Europe is asleep. The West is committing suicide. Those who do not protect their identity and culture die," Samaras of the center-right New Democracy party wrote on Facebook.

Greek Prime Minister Kyriakos Mitsotakis earlier also joined the backlash, noting that the move will affect Turkey's relations with Greece and the global community in general.

Hagia Sophia was founded by Byzantine Emperor Justinian and was opened on December 27, 537. For over a thousand years, it had remained the world's largest cathedral. After the capture of Constantinople by the Ottomans and the fall of the Byzantine Empire in 1453, the cathedral was converted into a mosque. In 1934, as per a decree of the founder of the Republic of Turkey, Kemal Ataturk, the building became a museum. In 1985, UNESCO added the building to its list of World Heritage Sites. 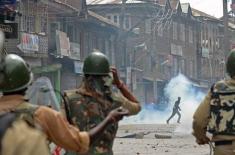 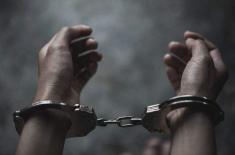