Guantanamo Prisoners Cleared For Release Must Be Freed Amid Pandemic - Activist

WASHINGTON (UrduPoint News / Sputnik - 26th March, 2020) Prisoners at Guantanamo Bay already cleared for release must be freed at once especially since a US sailor serving at the detention facility in Cuba has already tested positive for COVID-19, antiwar and social justice activist Malachy Kilbride told Sputnik.

The sailor who has tested positive is undergoing tests and evaluation now and Guantanamo authorities are enforcing social distancing and minimizing group gatherings among personnel stationed there, the US Navy said in a news release on Tuesday.

"Guantanamo prisoners who have been long cleared for release must be set free now," Kilbride, an organizer with the National Campaign for Nonviolent Resistance and with Campaign Nonviolence said.

However, the release did not mention any measures being taken to protect the prisoners held at the facility from the spread of the virus.

"I am concerned about the health and safety of the prisoners of Guantanamo in light of the coronavirus pandemic. All measures must be taken to protect their health," Kilbride said.

Procedures already existed to repatriate the Guantanamo prisoners to their countries of origin or to a secondary country where they could be released, Kilbride pointed out.

"This must be done now. Setting the Guantanamo prisoners free is long-unfinished business of the United States ...The United States has far more pressing issues to deal with in this time of the coronavirus," he said.

The existence of the Guantanamo prison camp, where the captives have been held has cast a dark shadow on the people of the United States, Kilbride said.

"Keeping Guantanamo open is far more costly and detrimental to the United States than it is to simply put an end to this affront to law and human rights. The justice denied to these prisoners of occupied Cuba must end... Guantanamo should be shut down and the innocent set free," he said.

Guantanamo is manned by about 6,000 US troops, their family members and contractors and there are still 40 prisoners held there who have been accused of terrorism but have never been tried. 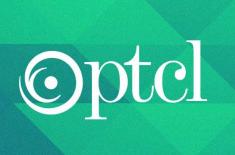 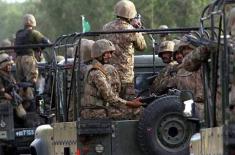