Karim Khan, newly elected chief prosecutor of the International Criminal Court (ICC), is a veteran of high-stakes global legal proceedings who has built a fearsome reputation but also courted controversy

During a decades-spanning career involving some of the biggest war crimes prosecutions and other cases, the British lawyer has argued in all the major international courts and conducted high-profile probes.

The 50-year-old has worked on both sides of the legal divide, serving as an adviser to prosecutors at the tribunals for the former Yugoslavia and Rwanda, before taking on more contentious defence roles.

He represented Kenya's Deputy President William Ruto after the ICC brought a crimes against humanity case against him, and was lawyer for late Libyan leader Moamer Kadhafi's son Seif al-Islam.

More recently, he headed the UN special probe into Islamic State group crimes and called for trials like those at Nuremberg of Nazi leaders.

Following Friday's election involving the ICC's 131 member states, Khan will take up his new role as only the third prosecutor at The Hague-based court in June.

Carsten Stahn, international criminal law professor at the University of Leiden in the Netherlands, who interviewed Khan in 2015 for his course students, said he was a "top choice".

He described him as "one of the most experienced and successful lawyers in the field, combining grit and vision".

"His strategic approach, his experience as courtroom lawyer and his keen eye on evidence will strengthen the quality of investigations and prosecutions, which are critical for the court's success in the next decade," Stahn told AFP.

- 'Clear vision' - Lauded as a "frighteningly clever lawyer and a masterful advocate" by Britain's The Legal 500 research firm, Khan was initially omitted from the ICC's shortlist for the job released last year.

He was reportedly later added at the insistence of the Kenyan government.

An ICC committee appraising the final five candidates said in a November report that Khan had set out "a clear vision" of the changes needed at the court.

It called him "a charismatic and articulate communicator who is well aware of his achievements".

Although the committee noted a write-in campaign by civil society organisations had promoted his candidacy, Khan's previous defence work has also attracted criticism.

Several Kenyan civic groups are said to have questioned his conduct while representing Ruto, whose ICC prosecution over 2007 post-election violence in Kenya was eventually dropped in 2016.

The case proved highly controversial there, in particular after the murder of a witness described as crucial for the politician's defence.

Khan released an open letter ahead of Friday's ICC vote defending his role in the case and accusing the critical NGOs of trying to create "a spectre against me".

"It is worth recalling that in almost 30 years as a member of the Bar, my professional conduct and my ethics have never been questioned or criticised by any judge, in any court, in any jurisdiction," he added.

- 'Desire to do justice' - Khan was educated at the private Silcoates school in northern England, before studing undergraduate law at King's College, University of London.

He went on to cut his teeth in international law at the former Yugoslav and Rwandan war crimes courts from 1997 to 2000.

He later represented survivors and relatives of victims of the 1970s Khmer Rouge regime in Cambodia at its UN-backed court in the late 2000s.

His other roles have included a stint at the Hague-based Special Tribunal for Lebanon, set up to bring to justice the killers of Lebanese ex-PM Rafic Hariri in 2005.

But it is representing Ruto, as well as Kadhafi's son Seif al-Islam and former Liberian president Taylor at a special tribunal for Sierra Leone which have proved most contentious.

In the 2015 interview with Stahn, Khan said lawyers must remain objective and "driven by a desire to do justice" whether prosecuting or defending people or representing victims.

"We have to be objective but it doesn't mean we can't be passionate when we've seen injustice, either perpetrated committing massive crimes or somebody unjustly accused," he added. 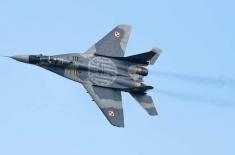 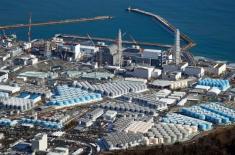 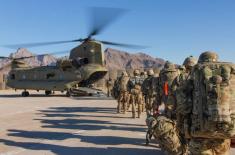 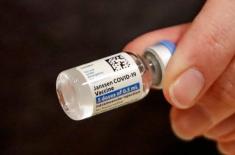 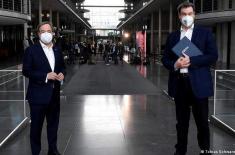