JAKARTA, Jan 2, (APP - UrduPoint / Pakistan Point News - 02nd Jan, 2017 ) - Indonesian police said Monday they had detained the captain of a tourist boat that burst into flames en route to a holiday island, leaving 23 people dead, amid reports he was the first to jump ship.

The Zahro Express became engulfed by fire on Sunday shortly after it set off from Jakarta carrying about 250 local holidaymakers to celebrate the New Year on the nearby resort island of Tidung.

Panicked passengers fought over life jackets and jumped into the sea as the huge blaze tore through the ferry after starting in the engine room, with authorities blaming an electrical fault for the accident.

Most were rescued, but 23 were killed and 50 suffered injuries, according to the official disaster agency.

Police said the captain, named in local reports as Muhammad Nali, had been detained Sunday and was being questioned over suspected negligence in relation to the fire which reduced the boat to a blackened wreck.

"We are still investigating the case and questioning the captain," Jakarta police spokesman Argo Yuwono told AFP, without giving further details. Several local media outlets reported the captain jumped ship first, abandoning the tourists as the fire erupted, and was found floating in the sea with other passengers before being rescued.

Tonny Budiono, a senior official at the transport ministry, vowed that the captain would be punished if the allegations turned out to be true. 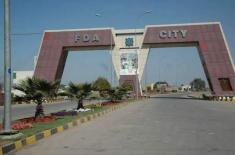 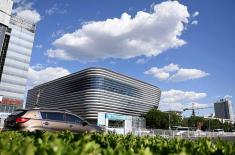 No international sport events in China this year e .. 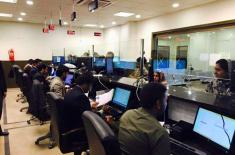